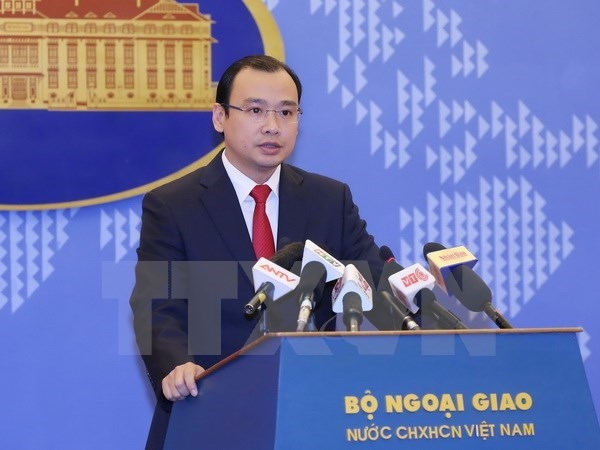 He made the statement on February 28 in response to reporters’ queries about the Chinese Ministry of Agriculture’s official announcement on the application of the regulations, which also cover some waters areas of Vietnam.

The spokesman emphasised that Vietnam has sufficient legal ground and historical evidence affirming its sovereignty over Hoang Sa (Paracel) archipelago as well as legitimate rights over its waters in line with the 1982 United Nations Convention on the Law of the Sea (UNCLOS).

Such unilateral decision made by China is a serious violation of Vietnam’s sovereignty over Hoang Sa, as well as her legal rights and interests over her waters, and international law, including the 1982 UNCLOS and relevant international legal documents. It runs counter to the spirit and wording of the Declaration on the Conduct of Parties in the East Sea (DOC), and makes the East Sea situation continuously complicated and tense, Binh stated.