Nine new locally transmitted cases of COVID-19 have been detected, eight in Đà Nẵng and one in Hà Nội.

The latest information was released early Thursday morning by the National Steering Committee for COVID-19 Prevention and Control.The total number of cases now stands at 459.Included in the latest batch of new patients is a 76-year-old man who lives in Hoàng Hoa Thám Street, Tây Hồ, Hà Nội.

Before testing positive he had spent three weeks in Đà Nẵng where he went for a health check-up at the C Đà Nẵng Hospital, complaining of a fast heartbeat. On July 25, he came back to Hà Nội and four days later he had his sample taken by the National Institute of Hygiene and Epidemiology for a COVID-19 test. The result was positive. 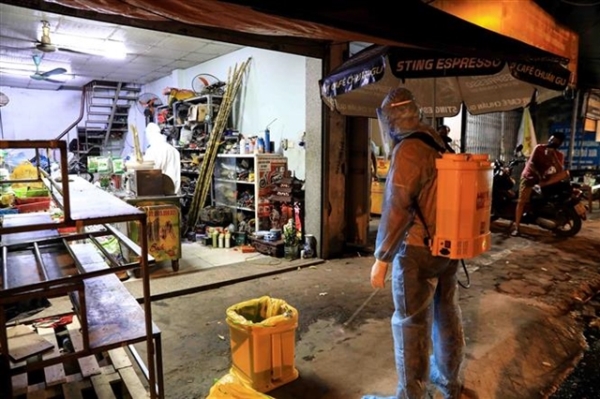 Alley No 466 on Hoàng Hoa Thám Street, where he lives in Hà Nội has been locked down since Wednesday night and sprayed with disinfectant.

Meanwhile, Chairman of Hà Nội People’s Committee Nguyễn Đức Chung has ordered the ban on all crowds gathering, festivals and the closure of bars and nightclubs, taking effect from midnight Wednesday. — VNS