More than half a century has passed since President Ho Chi Minh, the beloved leader of the Vietnamese nation, passed away. However, the great value in his thought remains forever. Activities honoring President Ho Chi Minh abroad in recent years have contributed to helping international friends to better understand Uncle Ho and Vietnamese people.

In 1987, the General Assembly of the United Nations Educational, Scientific and Cultural Organization (UNESCO) issued a Resolution to celebrate President Ho Chi Minh’s 100th birthday, as “a national hero and a great man of culture of Vietnam”. The resolution recognized President Ho Chi Minh as among outstanding individuals who made a mark in the development of humanity and called on nations to honor him through various commemoration activities. UNESCO’s resolution is the recognition of the world for the human values of the Vietnamese people in Uncle Ho’s person, showing the honor of a man who carries in himself the beautiful ideas shared and looked towards by humanity - peace, national independence, equality between nations, and liberation of nations from oppression and injustice. 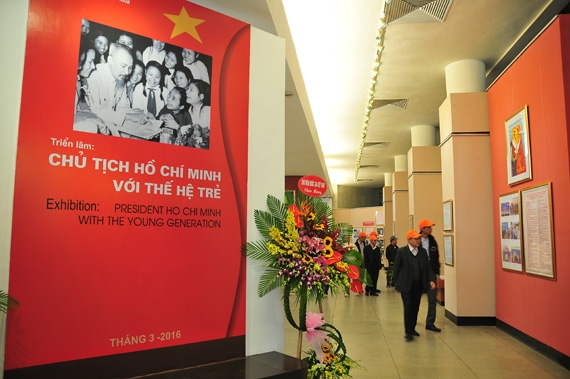 To recognize the great value of President Ho Chi Minh’s thought, over the years, many activities have been carried out abroad. During a recent conference to review 10 years of implementing activities to honor President Ho Chi Minh abroad, Assoc. Prof. Dr. Nguyen Trong Phuc, former Director of the Party History Institute, Ho Chi Minh National Academy of Politics, evaluated that activities to honor President Ho Chi Minh abroad had achieved success in recent years. “The activities have received the response and active participation of political parties, scholars, local media and promoted the effectiveness of dissemination of Uncle Ho’s ideology, morality and personality in both angles of “a national hero” and “a great man of culture”.

So far, 35 statues and monuments of Uncle Ho have been built in 22 countries worldwide. In places where he used to live and work, many monuments and museums have been built or repaired. Many countries have named schools, streets and squares after Uncle Ho. These constructions represent a symbol of solidarity and friendship between Vietnam and host countries, where memories about Uncle Ho are kept and exchange activities with people and international friends are held, thus helping to strengthen friendly relations between Vietnam and other countries.

Deputy Prime Minister and Foreign Minister Pham Binh Minh affirmed that during the country’s increased renewal and international integration, the great value of President Ho Chi Minh’s ideology, morality and style needs to be honored and spread widely, especially in the international community and generations of overseas Vietnamese.

This will help generations of Vietnamese both at home and abroad strengthen and promote their national pride, while making the world more and more aware of Vietnam's image with its proud history and rich culture, love of peace and high sense of responsibility with the world community.