Starting drawing illustrations inspired from ‘Tale of Kieu’ in 1999, 42-year-old painter Nguyen Tuan Son got the nickname ‘Son Kieu’ by his colleagues for his long-time passion for the masterpiece.

A seminar themed ‘Illustrating Kieu story under Vietnamese wisdom view’ was held last weekend by the L’Espace French Cultural Centre in Hanoi to mark the 200th death anniversary of celebrated poet Nguyen Du (1820-2020).In addition to be updated on valuable information and new approaches in researching Nguyen Du’s poetic masterpiece ‘Tale of Kieu’, participants at the event also had the chance to admire illustrations of the literary work through the strokes of painter Nguyen Tuan Son.

Son said that ‘Tale of Kieu’ has resonated as a huge source of information for him to draw, and he decided to follow the abstract style to express the poem through paintings.The more he got involved the work, the more he aspired to study the epic poem and collect research about it. During his work, Son has found that through the story, Nguyen Du conveyed his thoughts and meditations on life at that time. 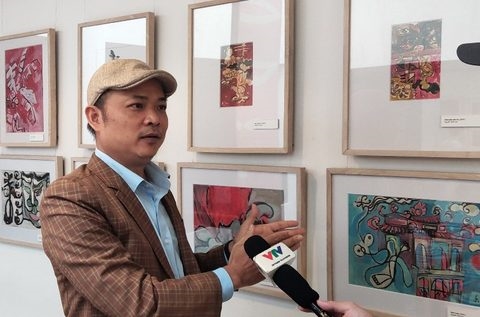 Son’s illustrations of character Kieu are often attached with the image of ‘dan nguyet’ (moon-shaped and double-stringed lute).He said he hopes that his illustrations will inspire Vietnamese young people’s love for ‘Tale of Kieu’ and the country’s traditional culture in general.At the seminar, participating cultural researchers voiced their new assumptions concerning the history of ‘Tale of Kieu’ as well as the way the story is studied and interpreted in today’s life.

The lecturers agreed that the vitality of ‘Tale of Kieu’ still resonates in today’s life as it introduces readers to meditations and reflections on the country’s history and culture. 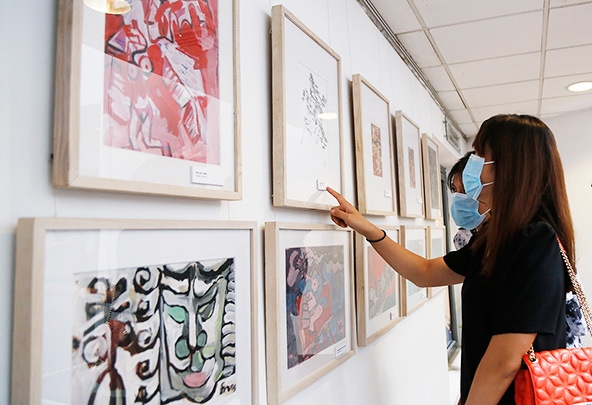 ‘The Tale of Kieu’ is widely regarded as the most significant work of Vietnamese literature.In 3,254 verses, written in luc bat (six–eight) metre, the poem recounts the life, trials and tribulations of Thuy Kieu, a beautiful and talented young woman, who must sacrifice herself to save her family.The masterpiece has been translated into many foreign languages, including Russian, French, English, German, Romanian and Spanish.