The establishment of the eastern creative and highly interactive urban area of Ho Chi Minh City will propel the growth of infrastructure and the economy, while giving a boost to the local real estate market.

According to official plans by Ho Chi Minh City’s authorities, a new city under the Ho Chi Minh City administration, named Thu Duc City, will be founded from the merger of District 2, District 9, and Thu Duc District, creating a municipality that will spread over 211 square kilometers and house more than 1.1 million people. 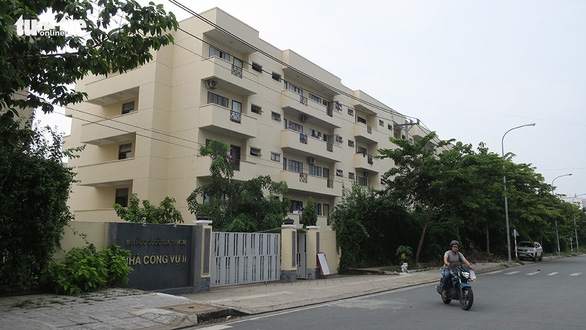 The city is expected to become an economic spearhead with knowledge-based and innovative industries.Furthermore, the real estate market here is projected to heat up due to the increasing demand for houses, apartments, and office buildings.

Giving instructions to the implementation of the eastern urban area project, Nguyen Thanh Phong, chairman of Ho Chi Minh City, assigned the Department of Construction to map out a Thu Duc City development plan, going in tandem with the city’s urban area development program until 2025.

The city leader also demanded the synchronized implementation of the two projects, plus an assessment scheme to have Thu Duc recognized as a first-tier city.Local authorities intend to call for private investment to fund the projects.

In addition, the Department of Planning and Architecture was tasked with cooperating with the Department of Natural Resources and Environment and related agencies in building a legal framework for land management, planning, and investment in the novel city.

This is attributed to media reports on the eastern city plan, encouraging thousands of young white-collar workers to come to seek a new home.

People usually try to lease or buy a house near their workplaces to reduce travel time and save time for personal life.

Even before the city’s announcement, Thu Duc District and District 9 have been ideal choices for many residents as the two districts are close to the VNU-HCM campus and Di An City of Binh Duong Province, which accommodates six industrial zones and one industrial cluster.

The educational establishments are expected to bring tens of thousands of lecturers and students to the area for work and study.Dr. Tran Dinh Ly, vice-president of Nong Lam University, also confirmed the high housing demand in the area.

In fact, the majority of staff members and lecturers at the university are young workers living far from the campus, who have to commute a long distance to the workplace every day.

Currently, the VNU-HCM new urban area is serving some 3,000 staffers each day, not to mention over 34,000 students boarding at the VNU-HCM dormitory.

“As of September 2019, the VNU-HCM Dormitory Management Center had put 47 buildings with 34,200 beds into operation, meeting 100 percent of the needs of its students and even accommodating some from other universities and colleges in the vicinity,” said Tang Huu Thuy, director of the center.

According to Phung Quan, vice-chair of the trade union at VNU-HCM, member universities are arranging more classes in the VNU-HCM new urban area.

Every day, lecturers and staff of the universities have to use shuttle buses to go to the Thu Duc campus, which is inconvenient and time-consuming.

As per an annual survey by the trade union, accommodation is among the most pressing issues of young lecturers and staffers of the VNU-HCM.

“Every month, trade unions at member universities receive many applications for the dormitory service,” Quan said.

The VNU-HCM is running two dormitories, with one built along with the project and another refurnished.The two buildings comprise a total of 264 apartments for 670 people, mostly staffers under 35 years old, he added.

According to Vu Hai Quan, deputy director of VNU-HCM, there is no available land for housing or residential area projects inside the campus.“Hence, one of the fundamental strategies for the development of the VNN-HCM urban area inside the highly interactive and innovative urban area is the connection with external regions via metro lines,” Quan said.

Another strategy is to build multi-functional arterial roads linking the universities with large industrial zones as well as the surrounding smaller industrial complexes.

The private sector should be mobilized for infrastructural development to the west and around Nong Lam University, and for building a new residential area next to block B of the dormitory building, he added