International experts and scholars at the eighth International Conference on the East Sea have forecast that the situation in the waters will remain stable in the near future although the year 2016 witnessed significant changes to the status quo in the region. 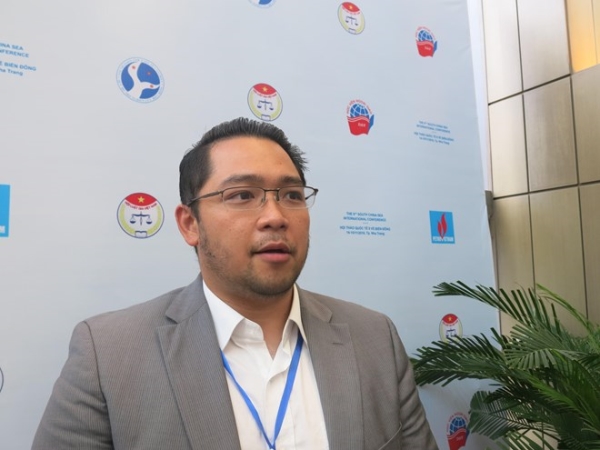 Michael McDevitt, a retired rear admiral of the US Navy and Senior Fellow of the Strategic Studies Programme, the US Centre for Naval Analyses, was of the opinion that the East Sea situation in the near term will remain quiet and stable partially due to the ruling of the Permanent Court of Arbitration on the Philippines’ lawsuit against China’s claims in the East Sea last July.

Besides, China may not want to get more international criticism, he told the press on the sidelines of the conference in Nha Trang city, the central coastal province of Khanh Hoa on November 14.

Evan Laksmana, a researcher of the Department of Politics and International Relations, the Centre for Strategic and International Studies, Indonesia, shared the view that the situation “may not be so bad” and there will be no major incidents and clashes in the area.

Prof. Stein Tonnesson from Norway’s Peace Research Institute Oslo said the arbitration awards may weaken the idea that China has historical rights to resources in the East Sea.

Commenting on the court's ruling, Assoc. Prof. Nguyen Thi Lan Anh, Deputy Director of the Bien Dong Maritime Institute, the Diplomatic Academy of Vietnam, said the awards brought clarity to two important aspects of the disputes in the East Sea which are sovereignty and maritime claims.

As a result, the disputed maritime zones in the East Sea has been quarantined and significantly narrowed, Lan Anh added.

According to her, the success of the first arbitral case ever on the East Sea in itself opened up the prospects of peaceful settlement and management of the East Sea within the current rule-based order. This success of the Philippines could inspire other parties to consider various alternatives to settle the East Sea disputes by peaceful means.

Dr. Vladimir Evseev, Deputy Director of Russia’s Institute of Commonwealth Countries, stressed that any territorial dispute should be resolved by peaceful measures in line with international law.

The settlement is not to identify the winner but to build a stability-based regional security system, he said.

Evan Laksmana also said through the ASEAN Foreign Ministerial Meeting, the ASEAN Summit and the East Asia Summit, many ASEAN member countries expressed their wish that the East Sea issue and the ruling will not become the only issue between ASEAN and China.

“I think they believe that the ASEAN-China relationship is broader and strategic than the East Sea issue,” he noted, saying ASEAN is seeking to continue its ties with China while ensuring a reasonable and stable regional mechanism. “I do think ASEAN’s objective is clear, which is to manage the tensions as peacefully as possible,” he said.

The eighth International Conference, which opened on November 14, brings together nearly 200 delegates, including close to 60 foreign scholars.

Nearly 30 reports were presented through the course of the two-day conference, which comprised of seven thematic sessions focusing on the historical perspective of the cause of disputes in the East Sea, international law and the East Sea, political economy, security, politics and diplomacy regarding the waters, interactions and coordination at sea, and mechanisms for tension management in the East Sea.-VNA