Brian O’Reilly no longer thinks he is a foreigner, but considers himself ‘a local,’ just like many other Vietnamese.

An Irish and Australian passport holder, O’Reilly has lived in Vietnam for almost 20 years.He is the coordinator for the MBA program at Vietnamese-German University (VGU) and director of the Australian Chamber of Commerce in Vietnam.

O’Reilly lived in Australia for 18 years before he moved to Vietnam in 2001 to work in the field of management consulting and, later, as an educator at an international university in Ho Chi Minh City.

Over a Skype interview with Tuoi Tre News before Vietnam eased its extensive social distancing measures to slow novel coronavirus infections, O'Reilly reflected on how Vietnam has changed since he first arrived, and how he knows he is lucky to feel totally safe in the Southeast Asian country.

Recalling the tragic incident of September 11, when the World Trade Center in New York was attacked by terrorists, he remembered how his mother called to ask if he was safe in Vietnam.

“I’m very safe in Vietnam,” he told her at the time.“It's one of the safest countries in the world.”

He no longer feels like a foreigner, which can be seen on many occasions when he meets new visitors in Vietnam.They are often excited and curious about many things that are now normal to him.

Most of the time, O’Reilly eats Vietnamese food and considers going to a Western restaurant as a novelty.In the last twenty years, the longest trip he has taken outside of Vietnam was to visit his home country, Australia, for six weeks.

Surprisingly, he found driving in a quiet town in Australia way more stressful than driving at rush hour in Vietnam.The fact that his son loves visiting him in the Southeast Asian country also reduces his trips to Australia.

O’Reilly has embraced a lot of what he calls a ‘social society in Vietnam.’In his normal week, before he started to self-isolate in accordance with the enhanced social distancing order, he would go to lunch with his colleagues, and even meet them after work on the weekend.

As someone who was born in Ireland and lived in Australia, Vietnam had a very different culture than what he was accustomed to, but O’Reilly now finds himself comfortable here.

Thanks to his teaching job, he gets a lot of exposure to young Vietnamese people, who constantly introduce him to Vietnamese life and culture.

In turn, O’Reilly has helped students to overcome their typical Asian shyness, to answer without fear of right or wrong, to think creatively, and to approach problems critically since the first semester.

Through this exchange, O’Reilly has come to accept a lot of things in Vietnam as they are. 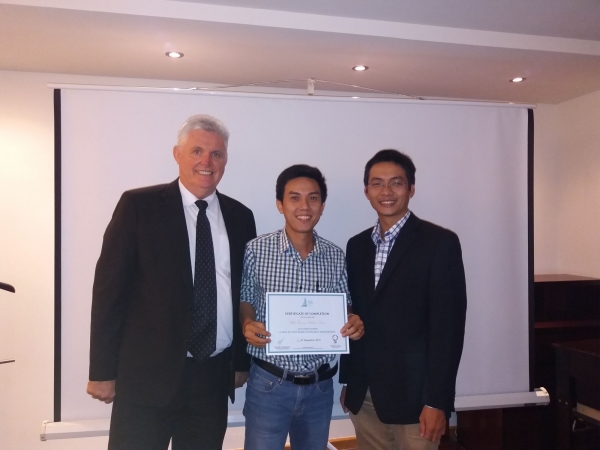 O’Reilly said that when he first arrived, he did not see the established difference in technology between Vietnam and Australia, apart from the fact that far fewer people in Vietnam could afford to have personal computers compared to his home country.

Now he believes that today’s younger generation, who have grown up with technology and are thus quite tech-savvy, will help the country to make a difference in the age of Industry 4.0.“There are great opportunities for Vietnam to grow as an IT home,” O’Reilly remarked.

In his field as an educator, since Vietnam applied social distancing measures in mid-March, he has started to teach two online classes without any problems.In part, this is due to the fairly competitive and strong Internet infrastructure in Vietnam, against many developing countries around the world.

As an educator for 17 years, O’Reilly has seen many examples of the changes technology can bring, and he believes there will be many more in the future.

During his time here, he has seen students move from relying a lot on the knowledge of the lecturer, classes, and textbooks in the library to attending online classes at a coffee shop with digital books and e-libraries.These changes come with new challenges.Due to having a lot of resources, today’s students have to learn how to use all of them effectively.

Applying the traditional way of learning will now get someone left behind.Students have to take a lot more responsibility for their own learning, and be able to know where to find information if they do not know the answer or understand a subject. 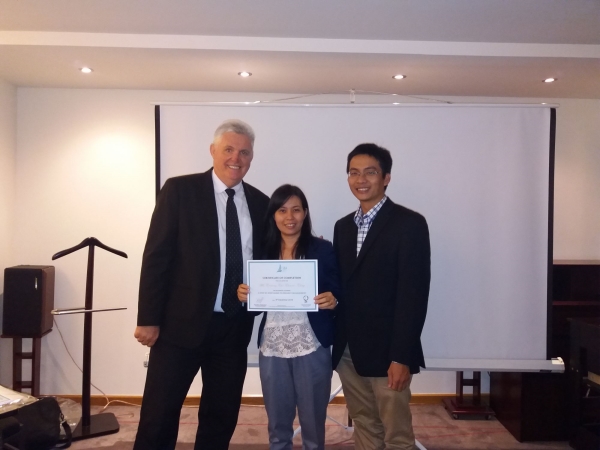 Using the Pareto Principle, or the 80-20 rule, O’Reilly said that roughly 80 percent of things have improved in Vietnam since he first landed.

The street has moved from a lot of bicycles and motorbikes to many motorbikes and cars.

A Sunday brunch at Caravelle Hotel or Riverside Renaissance Hotel used to only have foreigners or foreigners with their Vietnamese partners, but now both places are mostly frequentled by Vietnamese with some foreigners.

BMWs and Mercedes owned by successful Vietnamese are not uncommon in some areas.In 2003, the international university where O’Reilly worked had only a couple hundred students, now it has a few thousand students.

However, the biggest changes are among the middle class, those who do not necessarily have a BMW, but who can still live a reasonably good life, due in part to Vietnam’s stable economic growth.

As for what has not changed for the better, traffic jams and pollution would be big problems, according to O’Reilly.The COVID-19 pandemic has been unfortunate for everyone, but the fact that the air was quite clean in Ho Chi Minh, and many other places around the world, while people self-isolated was amazing.

Afraid that once people go back to their routines, traffic jams and smog will spring up again, O’Reilly expressed his hope that Vietnam will move toward more smart cities, protect the environment, make better lives for the younger generation, and use technology to help solve problems.

“If somebody told me 10 years ago that the ‘xe om’ – a motorbike taxi service – was going to become high tech, I would have laughed at them,” he said.“But now technology has changed that.“In my life, I don't have to worry too much about the future.

“But for younger people, you don't want the cities to get worse and worse.“Each and every one of us can do something, like working from home a bit more to reduce traffic or using public transport more often.

“We do not need a pandemic to realize what's important is actually just having a reasonably good life with family and friends.“There is a need for a balancing act for a country that's developing.“We don't want to destroy the future to make the present.”./