The government has allowed the Ministry of Health to grant licenses to tissue banks, including privately run banks. However, it is still unclear who would invest in the field. 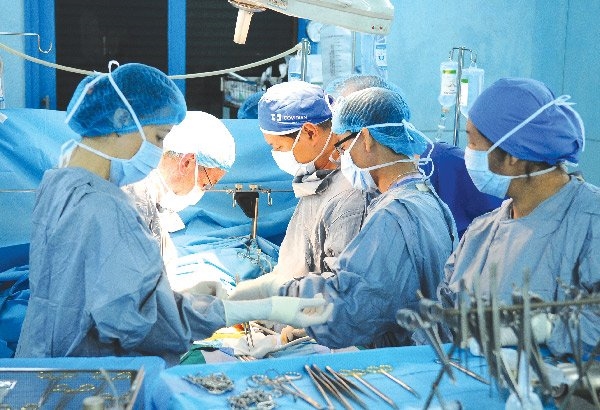 Tissue banks are medical establishments which have the function of collecting, preserving and treating tissues of living and the dead to serve medical treatment, scientific research and teaching.

According to the Ministry of Health, there are 14 medical centers throughout the country capable of carrying out complicated tissue and organ transplant operations. These include the Vietnam-Germany Friendship Hospital, Cho Ray, Military Hospital No 103 and Hue City Central Hospital.

However, in the last 23 years, since the first kidney transplant operation was carried out, Vietnam has only done 1,200 kidney, 38 liver, 12 heart, 1 pancreas and 1,400 cornea transplant cases.

The figures are modest compared with the high demand from 16,000 people who have heart, kidney, liver and lung diseases who await transplants and 6,000 blind people who want cornea transplants.

According to Du Thi Ngoc Thu from Cho Ray Hospital, tissue banks are units which act as the intermediary connecting donors and recipients.

In other countries, tissue banks must not have any relation to business, therefore, they are mostly run by charity not-for-profit organizations, belonging to research institutes, universities and hospitals which have expertise.

In Vietnam, the State has opened a national coordination center, but does not keep vital organs. The establishment of a central tissue bank still cannot be implemented because of the lack of experience in organization and operation supervision.

A lot of questions remain unanswered. It is clear that the banks will need big money to move, preserve and treat organs, and that profit must not be the purpose of the banks.

However, it is unclear who will invest money to develop the banks if they are not allowed to do business.

Huynh Thi Da Thanh, a former National Assembly’s Deputy, suggested that it would be better to set up state-owned tissue banks first and learn experience from the banks before allowing to set up privately run banks.

Experts say that those who set up and run tissue banks in Vietnam should be the people who have medical expertise. Professors/surgeons, for example, may come forward and call for the investments, and then set up regulations for banks’ operation based on the state’s requirements.

They could be individuals or hospitals in Vietnam or abroad who can gather doctors and set up professional centers which act as intermediaries to connect supply and demand.