Following are the main events of the week: The New Year Message of the General Secretary and President Nguyen Phu Trong in 2020; the increase of water source for the Red River delta provinces; 2020: the opportunities to affirm Vietnam’s positions in ASEAN; 10 top technological and scientific events in 2019 and 10 top information technology-communications events in 2019.

On the occasion of the New Year 2020, General Secretary and President Nguyen Phu Trong sends a New Year message to the entire people. Here is the gist of the message: 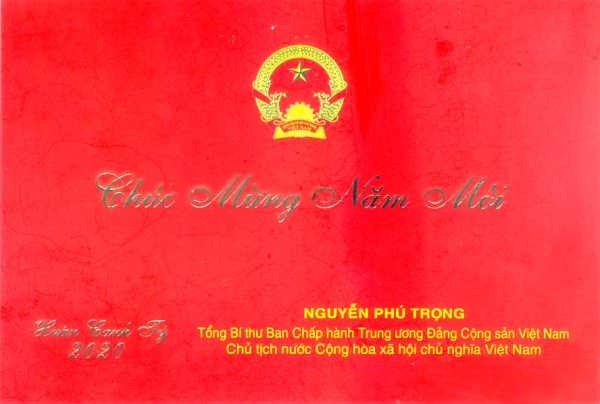 In 2020, Vietnam will be taking simultaneously two important responsibilities: The Chairman of ASEAN and non-permanent member of the UN Security Council.

With its central role in the regional structure being taken shape, ASEAN is being highly regarded by the countries inside and outside the region. After 4 years of its establishment, ASEAN Community, the same roof of 650 million people, has been constantly developing in all fields.

Being a non-permanent member of the UN Security Council for the 2020-2021 term, Vietnam aspires to make a contribution to peace and development in the region and the world in its capacity of being a responsible member in the international community; at the same time it wants to make an important contribution to firmly maintaining an environment of peace and stability.

Under the theme “Cohesion and Proactive Adaptation” for the ASEAN Chairmanship Year 2020, Vietnam with other member countries and friends and partners will focus on the following big orientations:

2/ To promote the role of multilateralism, the UN Charter and the fundamental principles of international law for a world of peace, equality and betterness.

3/ To make a proactive and active contribution to settling the general challenges of the world and the region, particularly peace, security, stability, sustainable development, climate change, rising sea and overcome war aftermath and so on.

These are the great honor, but also the great responsibility, difficulties and challenges that demand the great joint efforts of the whole political system and of the entire Party, army and people.

However, with great strength of unity of the entire Party, army and people and with the precious and effective support of the ASEAN countries, friends and the international community, we firmly believe that Vietnam will undertake successfully the important responsibilities of the ASEAN Chairmanship 2020 and the non-permanent member of the UN Security Council for the 2020-2021 term, making an important contribution to peace, stability, cooperation and development in the region and the world./.

About 546,000 hectares of rice fields of 11 Red River Delate provinces are now facing a lot of difficulties in having enough water for the upcoming winter-spring rice crop. There is now a great shortage of water in Son La, Lai Chau and Hoa Binh Reservoirs. 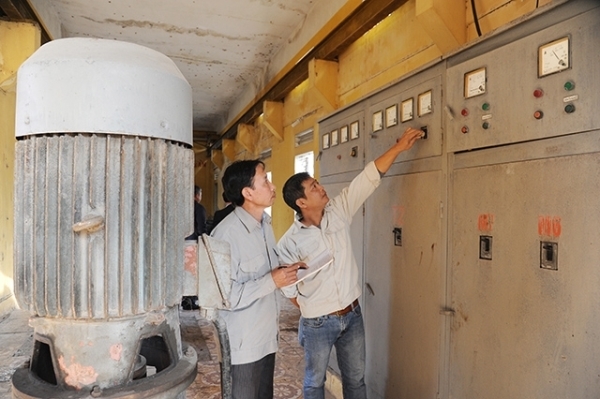 In the immediate, according to the Ministry of Agriculture and Rural Development, there is now about 10% of useful capacity in the three above-said reservoirs. As a result, there are now 11,000 hectares in the Red River Delta having great shortage of water for the upcoming winter-spring crop, whereas in Hani, there are 3,600 hectares; Bac Ninh, 550 hectares; Vinh Phuc, 1,400 hectares and Phu Tho, 640 hectares./.

For ASEAN, 2020 is the important pivotal year to review the work done in implementing the overall plan to build the 2015-2025 ASEAN Community. 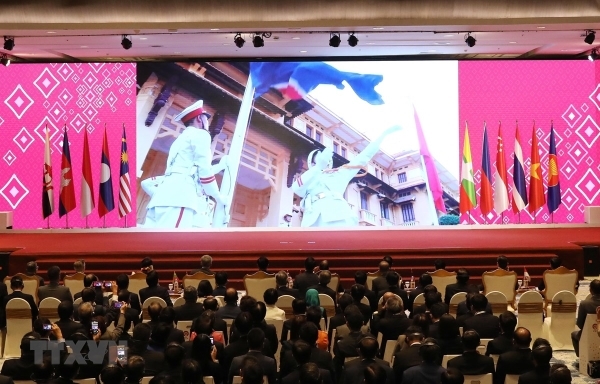 The theme of the ASEAN 2020 is “Cohesion and Proactive Adaptation” and accordingly, Vietnam wants to strengthen the united and unified block and promote the powerful development of the ASEAN Community, uphold the community awareness and the ASEAN identity.

At the same time, Vietnam wishes to improve the ASEAN capacity to be able to adapt itself in a proactive and effective manner to the fast changes in the world, such as climate change, network security, terrorism and transnational criminals.

In terms of building the economic community, Vietnam has defined 3 main orientations: concentrate the ASEAN intra-regional strength through the regional cohesion, promote the central role of ASEAN in connection with other countries and economies in the world./.

10 top scientific and technological events in 2019 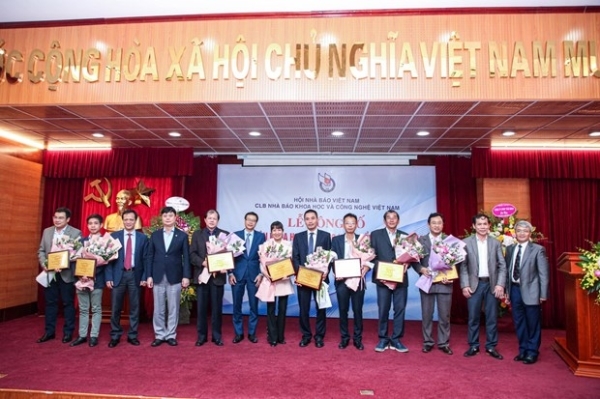 1/ Resolution 52 on the Industrial Revolution 4.0 is promulgated.

4/ Opening of the connecting axles of national documents and national public service portal.

7/AND Evaluation Center of war martyrs in official operation.

10/ Techfest is introduced to the world for the first time./.

Following are the 10 ten information technology-communications events in 2019:

1/ The Political Bureau releases Resolution on the Industrial Revolution 4.0 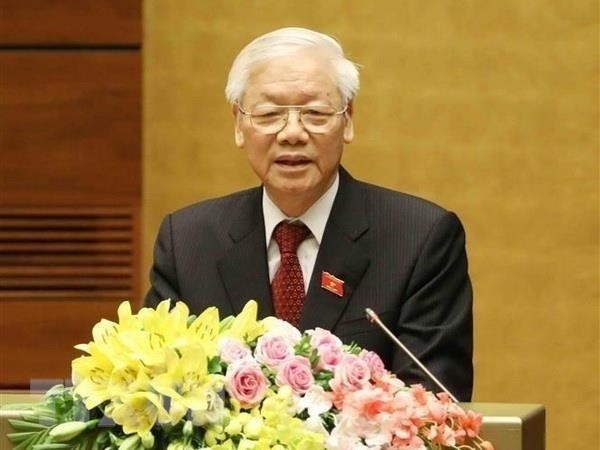 General Secretary Nguyen Phu Trong on September 27, 2019, on behalf of the Political Bureau, released Resolution 52-NQ/TW on the Industrial Revolution 4.0 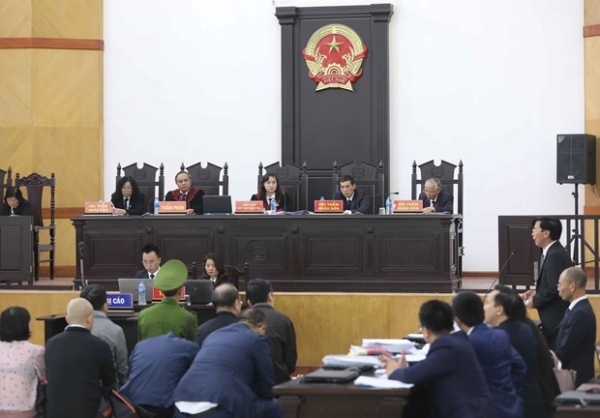 The Mobifone-AVG case on trial

5/ The Ministry of Information and Communications tightens its management of Google and Facebook. 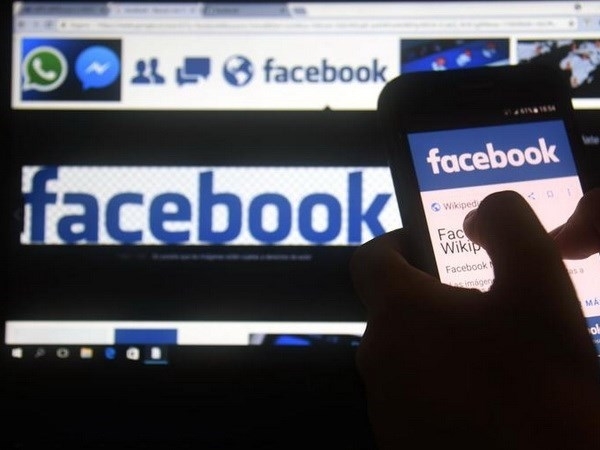 7/ The Government gives the green light to the Mobile Money network in trial operation.

8/ A series of social networking sites of Vietnam launched. 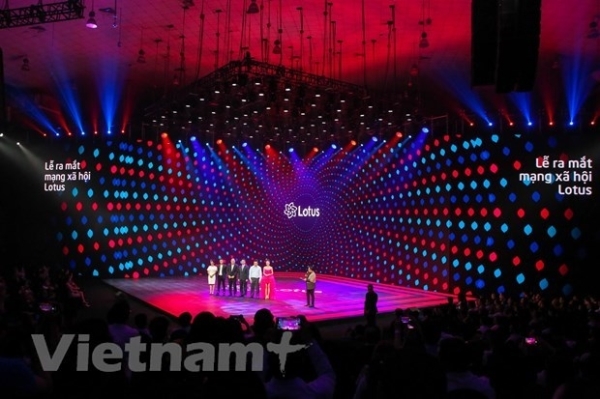 The Lotus social networking site was launched on September 16, 2019 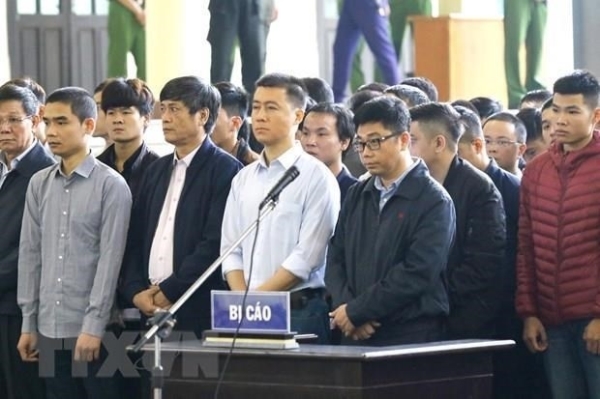 The accused being tried for their VND trillion network gambling

10/ The Government operates the E-Cabinet system.