Following are the most prominent events of the week: Nationwide on-line conference to review the work done in the Party building work in 2019; the 30th anniversary of the All-people Defense Day; the 75the founding anniversary of the Vietnam People’s Army; Prime Minister Nguyen Xuan Phuc meets with outstanding athletes and trainers who have recorded high achievements at the 30th SEA Games and the reason for haze with fine dust in the capital city of Hanoi in recent time. 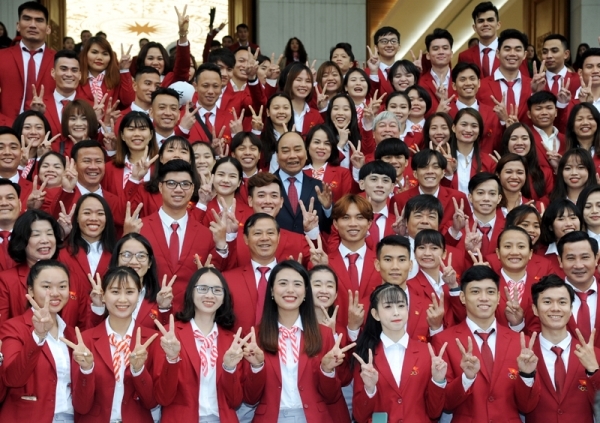 The entire sport mission of Vietnam at the 30th SEA Games held in the Philippines has won a total of 288 medals, in which there are 98 gold medals, 85 silver medals and 105 bronze medals.

Speaking at the event, Prime Minister Nguyen Xuan Phuc stressed that this is the memorable SEA Games of the Vietnamese sports. 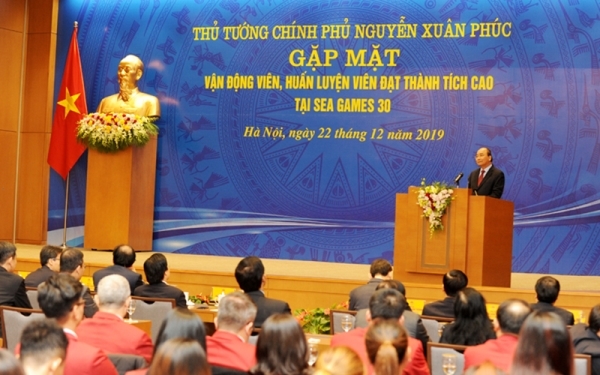 The Party Central Committee’s Organization Commission on December 25, 2019 held a nationwide online conference to review the work done in the Party building in 2019 and to deploy the 2020 tasks. 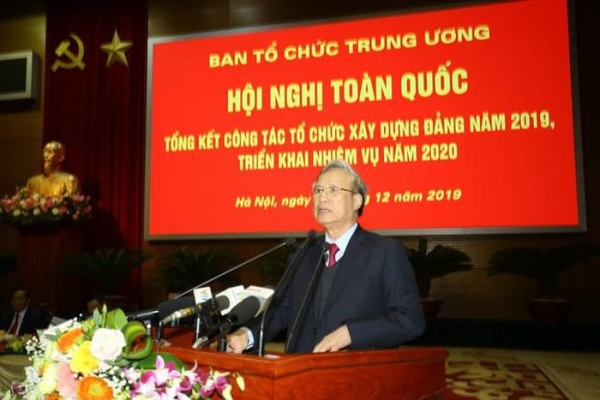 The report points out the work done in the Party building work in 2019. A lot of resolutions have been carried out effectively in building a strong contingent of Party members and officials. Particularly, in 2019, a lot of organizational apparatus has been streamlined.

Speaking at the Conference, on behalf of the Political Bureau and the Secretariat, Tran Quoc Vuong spoke highly of the great achievements recorded by the Party Central Committee‘s Organizational Commission in 2019 and in the past 4 years of the 12th Party.

Tran Quoc Vuong also pointed out the limitations and shortcomings as well as defining the tasks for the coming time. He laid stress on the personnel work to ensure the uniform leadership for the upcoming 13th National Party Congress. The Party building organization should continue to keep things running smoothly between the stipulations of the Party and of the State concerning the organizational work in order to build a contingent of well-qualified and prestigious Party members and officials./.

On December 21, 2019, the 30th All-people Defense Day and the 75th founding anniversary of the Vietnam People’s Army were solemnly commemorated in Hanoi. 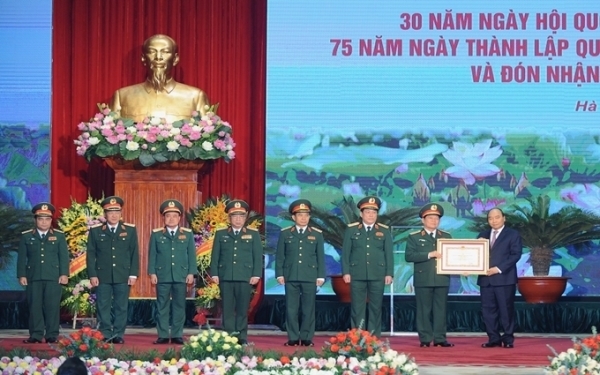 General Secretary, President and Secretary of the Military Commission of the Party Central Committee, Nguyen Phu Trong sent a basket of flowers to the ceremony.

General Ngo Xuan Lich, Politburo member, Defense Minister, Deputy Secretary of the Military Commission of the Party Central Committee, delivered a speech, expressing the boundless gratitude to President Ho Chi Minh, the near and dear father of the armed forces and the memory and remembrance to General Vo Nguyen Giap, the outstanding general commander and to the national heroes and revolutionary predecessors whose names have been closely associated the great victories of the protracted resistance war against foreign aggressors.

At the ceremony, by the President’s proxy, Prime Minister Nguyen Xuan Phuc conferred the Military Order, First Class, on the Vietnam People’s Army for its remarkable achievements in the defense of the Fatherland. He then highly commended the heroic and glorious feats of arms in recent years of the Vietnam People’s Army, stressing that thanks to the traditional national unity, Vietnam has overcome innumerable difficulties and challenges to fight to defend the Fatherland with undaunted spirits in the past 75 years. 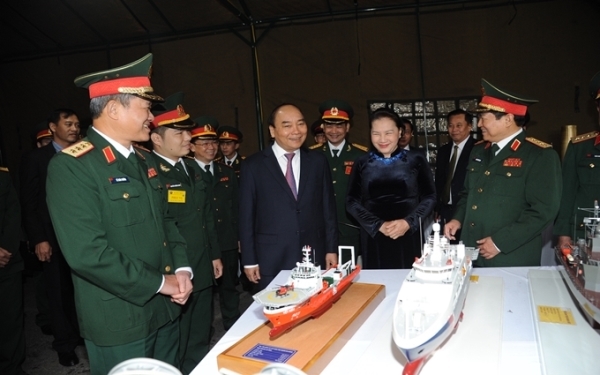 At the ceremony, Prime Minister Nguyen Xuan Phuc, Chairwoman of the National Assembly and other delegates visits an exhibition of weapons and ammunitions of the Vietnam People’s Army 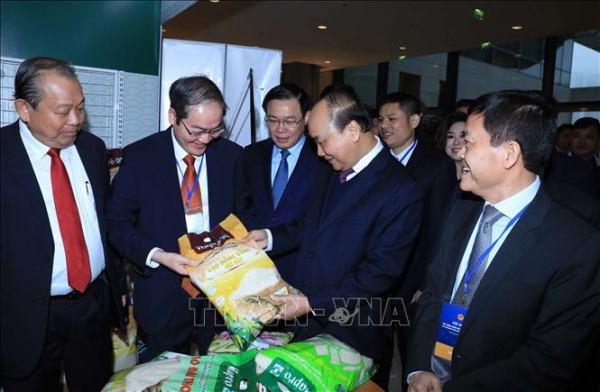 Under the theme “Vigorous Development of Enterprises – Effective and Sustainable Integration”, this is the third dialogue with the enterprises since Prime Minister Nguyen Xuan Phuc took office.

Speaking at the conference, Prime Minister Nguyen Xuan Phuc pointed out that the Government has always listened to the voices and aspirations of enterprises and as a result, the business and investment environment has been much improved. There are now 800,000 enterprises. Each ministry and sector should build an action program to carry out its commitments to helping the enterprise community.

It is necessary to have opener policies to give real support to enterprises so as to be able to have a breakthrough to help private enterprises join ever more areas. He called on Vietnamese enterprises to heighten their spirit of unity and mutual help for ever better products and to take advantage of the Industrial Revolution 4.0 and the FTAs.

The Government commits itself to protecting the legitimate assets of the people and enterprises, he stressed. /.

Reason for haze with fine dust in Hanoi in recent time

According to meteorological experts, the thermoset layers appearing at the height of 500 meters to 1,500 meters in combination with silent wind on the surface are the conditions to cause a state of haze with fine dust in Hanoi the past few days. 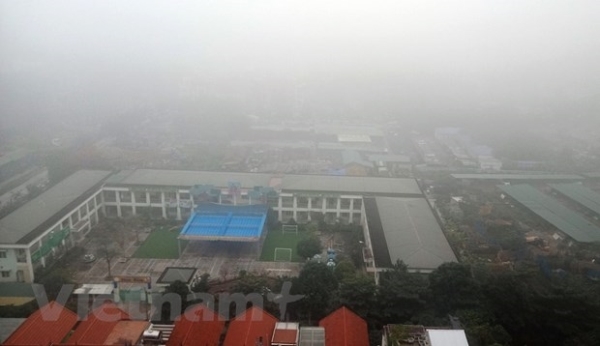 In the past few days, Hanoi has been plunged into thick haze with fine mist. According to meteorological experts, the reason is that there are thermoset layers at the height of more than 1,000 meters and this phenomenon has reduced the visibility, causing bad influence on traffic in the streets. This can also spread polluted materials, causing fine dust at high level.

According to the forecast, in the upcoming 7 days, this state of fine dust remains at an alarming level and people are recommended to follow closely the weather forecasts so as to be able to avoid bad effect./.