Following are the main events of the week: General Secretary and President Nguyen Phu Trong chairs the Conference of the Military Commission of the Party Central Committee; General Secretary and President judges 10 major results of the Public Police; the water resources makes an important contribution to promoting agricultural production; by 2020, per capita income of the Hanoi people will reach VND million and cooperation in investigation of the case of Nhat Cuong Company. 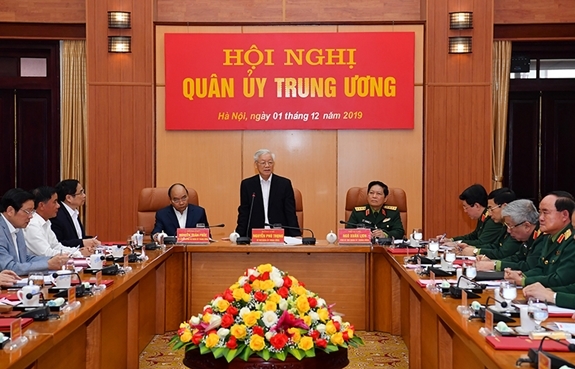 The Conference affirmed that 2019 has gone a lot of difficulties and challenges, but with unity, the Commission has striven to fulfill the assigned tasks, thus creating a momentum for the military and defense work to develop and obtain excellent achievements. On the other hand, the Commission has also proposed a lot of initiatives and good ideas to remove difficulties in management and use of defense land. In terms of military foreign relations, it has been deployed in an intensive and practical manner. The whole army has united as a solid block and and closely associated with the people.

Speaking at the Conference, General Secretary and President Nguyen Phu Trong on behalf of the Party and State leaders highly appreciated the achievements recorded by the entire army under the leadership of the Military Commission of the Party Central Committee. He praised the remarkable achievements recorded by the Commission and Defense Ministry in having overcome a lot of difficulties and obstacles and in fulfilling the assigned tasks.

He also asked the entire army to grasp and carry out effectively Leadership Resolution 2020 of the Military Commission of the Party Central Committee, to stand ready for combat and close watch of the country’s sky, water and border areas../.

As viewed by General Secretary and President Nguyen Phu Trong, the role of the People’s Public Police in 2019 is very important in maintaining political security and social law and order, making great and timely contributions and giving a lot of advisory opinions to the Party and State, notably they are reflected in 10 major results. 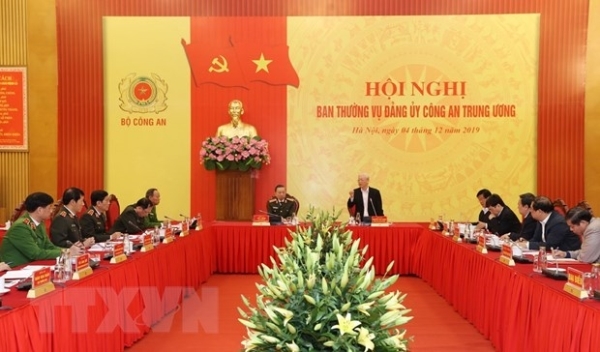 General Secretary and President Nguyen Phu Trong took note of and highly valued the great efforts of the Public Police forces in maintaining political security, creating an environment of peace, security and safety for the social and economic development. He affirmed that in 2019, the role of the Public Police forces is very important in maintaining political security and social law and order and making great and timely contributions, notably 10 major results.

These results are the timely forecast of the situation; the absolute defense of objectives and political events; maintaining national security and stability; effective prevention of and combat against criminals; improving the State management of security and order; having good quality in professional technique and in preventing different criminals; good coordination with ministries, sectors and localities in maintaining law and order and national security; maintaining  the Party building with important results; good management of the financial and logistic work and improvement of leadership./.

The Vietnam Academy for Water Resources on December 3, 2019 held its 60th founding anniversary. Chairwoman of the National Assembly Nguyen Thi Kim Ngan attended and spoke at the event.

Speaking at the event, Chairwoman of the National Assembly Nguyen Thi Kim Ngan stressed that water resources has made an important contribution to promoting agricultural production and other economic sectors, particularly it has brought a stable life and income to the farmers.

In the process of its establishment, the Vietnam Academy for Water Resources has made constant efforts  to become a research agency with a lot of top experts in the country. A lot of the results from its research work have been applied in agricultural production, bringing about high economic efficiency.

On this occasion, Chairwoman of the National Assembly Nguyen Thi Kim Ngan conferred Ho Chi Minh Order on the Vietnam Academy for Water Resources in recognition of its great achievements in water resources ./.

By 2020, per capita income of Hanoi people reaches VND 136 million 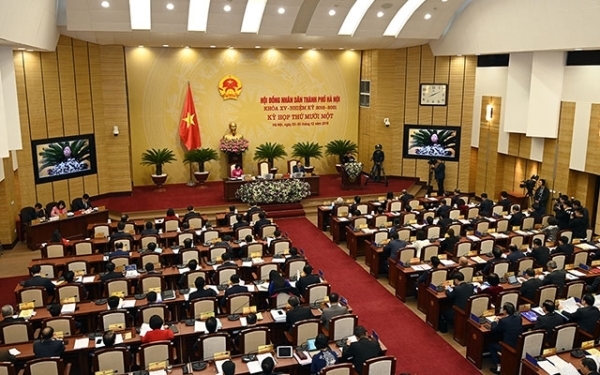 The meeting has considered and approved 14 reports and 6 regular resolutions and 6 reports and 16 thematic resolutions. Also at the conference, the Municipal People’s Council has carried out the question and answer session concerning the situation and results of the management of urban planning and rural planning; the implementation of the State management of the non-public schools and the prevention of and combat against criminals in the city.

Speaking at the conference, Politburo member and Secretary of the City Party Committee Hoang Trung Hai stressed that this meeting if of great importance for the City to implement the objectives and targets for the development plans of the city.

In 2020, the City continues to improve the investment and business environment and the competitiveness. The city strives to achieve GRDP of 7.5% and the per capita income of VND 136 million./.

Cooperation in investigation of case of Nhat Cuong Company

The Secretary of Hanoi City Party Committee Hoang Trung Hai on December 03, 2019 said that the city will cooperate with the public police in investigating the case at Nhat Cuong Company. 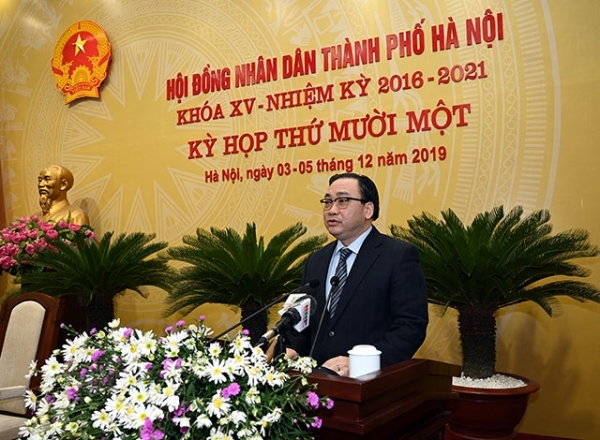 The investigation will be conducted to examine the violation of the accounting regulations, causing serious consequences at the Nhat Cuong Co. Ltd. and the relevant units.

According to the Investigation agency of the Public Police Ministry, the Nhat Cuong Company has violated the stipulations concerning the bidding, causing serious consequences. All the accused have been prosecuted./.