70th founding anniversary of the diplomatic sector of Vietnam celebrated, General Secretary and President Nguyen Phu Trong meets with the nationwide symbolic young Party members in study and work in accordance with the teachings of Uncle Ho on the occasion of 50th anniversary of implementing President Ho Chi Minh’s Will (1969-2019) and Vietnam’s agricultural and forestry products reach the value of USD 26 billion in 8 months of 2019 are the mos

General Secretary, President Nguyen Phu Trong on August 27, 2019 met with the typical young Party members nationwide who have studied and worked in accordance with the teachings of President Ho Chi Minh on the occasion of the 50th anniversary of implementing Uncle Ho’s Will (1969-2019). 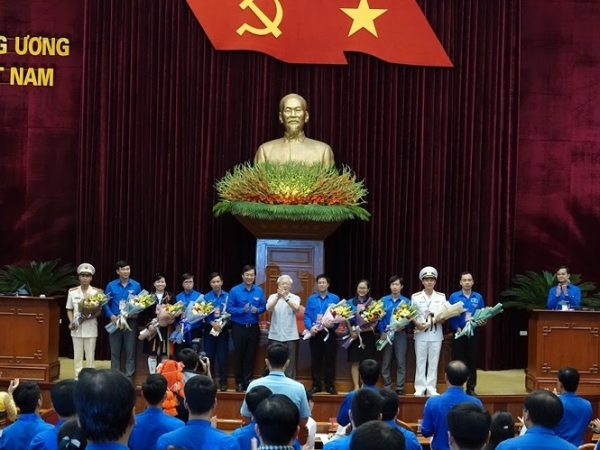 Speaking at the meeting, General Secretary, President Nguyen Phu Trong expressed his elation at meeting with the young Party members who have studied and worked in accordance with the teachings of President Ho Chi Minh.

The General Secretary, President affirmed that young people are playing a very important role in the process of establishing and operating of the Party and he wished that the present-day young people and young Party members should promote the glorious tradition of the Youth Union as well as carrying out satisfactorily their assigned tasks.

He further said that young people, particularly young Party members, should take the lead in setting good examples in study and work to be worthy of being a reliable force of the Party.

General Secretary, President Nguyen Phu Trong had a cordial reception in honor of Malaysian Prime Minister Mahathir Bin Mohamad on the occasion of his official visit to Vietnam. 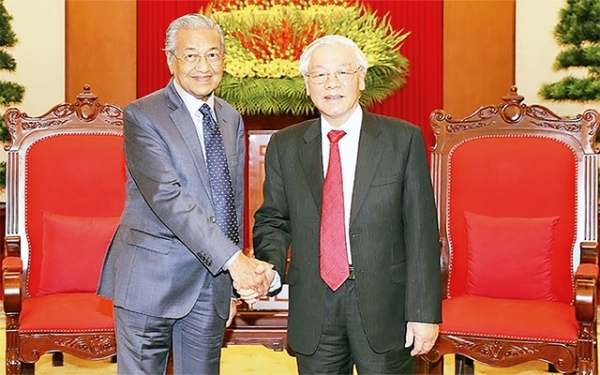 During the reception, General Secretary, President Nguyen Phu Trong warmly welcomed Malaysian Prime Minister Mahathir Bin Mohamad on the occasion of his official visit to Vietnam and wished the strategic partnership between Vietnam and Malaysia will develop in an intensive and extensive manner in all fields.

The Malaysian Prime Minister expressed his elation to be back to Vietnam after his first visit 21 years ago and witness the great achievements in the social and economic development of Vietnam. He also kept the General Secretary, President informed of the fine results of the talks between him and Prime Minister Nguyen Xuan Phuc. During the talks, the two sides unanimously agreed to the fact that it is necessary to promote the effective bilateral economic and trade relations, first of all, within the ASEAN framework.

It is stressed that the two countries have got similar points and important role to play and if needs be, the two countries should work closely with each other in the bilateral and multilateral issues, including the East Sea issues, with the aim of making a contribution to guaranteeing peace, stability and cooperation in the region as well as building the ASEAN community into a united and strong block.

General Secretary, President Nguyen Phu Trong expressed his sincere thanks to the fine sentiments of Prime Minister Mahathir Bin Mohamad for Vietnam and asserted Vietnam’s consistent policy of attaching great importance to enhancing and expanding the strategic partnership with Malaysia; it is proposed that the two countries should promote further the economic, trade, investment relations and people-to-people exchanges./. 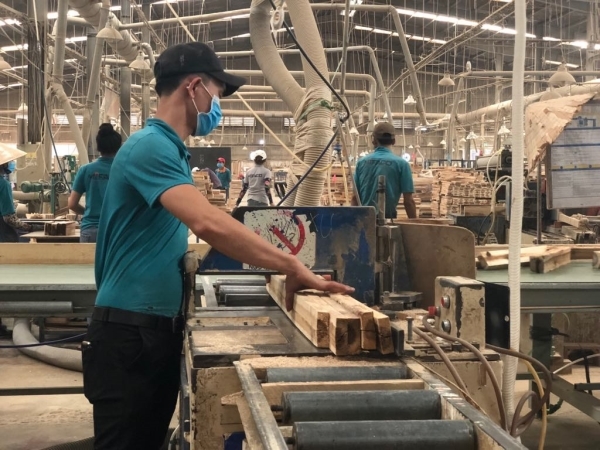 As far as import turnover is concerned, the import of agricultural, forestry and fisheries products in the past 8 months is valued USD 20.54 billion, a 1.2% decrease year on year./. 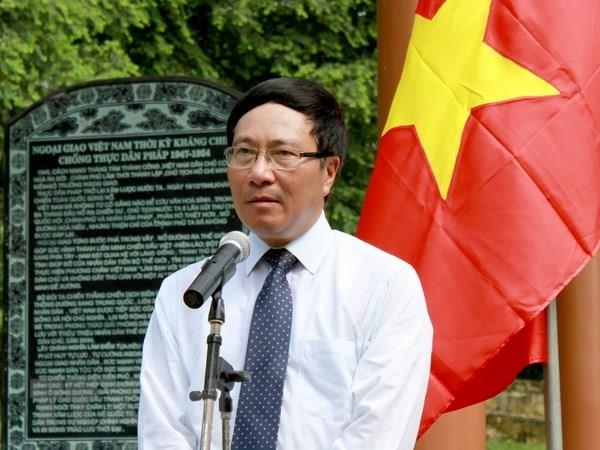 On this occasion, Politburo member, Deputy Prime Minister, Foreign Minister Pham Binh Minh has recalled in his writing the glorious road traversed by the diplomatic sector in the past 74 years under the clear-sighted guidance of the Ho Chi Minh diplomatic thinking and the road charted out and the foundation laid of the Vietnamese diplomatic sector by President Ho Chi Minh.

In the coming time, along with the maintenance of the environment of peace and stability, we should continue to implement the diplomatic line of independence, sovereignty and further deepening the relationship with other countries, whereas we should be more proactive and active in conducting the more intensive and extensive international integration.

This is the great orientation and responsibility of the Vietnamese diplomacy, in which it is necessary to promote and improve the multilateral diplomacy by undertaking well the important tasks of being the chairman of ASEAN in 2020 and the non-permanent member of the UN Security Council for the 2020-2021 term.

At the same time, the diplomatic sector will work closely together with other sectors to persistently protect the national sovereignty and territorial integrity and give timely protection of the legitimate interests of the Vietnamese citizens in the world.

We are also persistent in following the road taken by Uncle Ho by promoting the glorious tradition and great achievements in the past 74 years of the diplomatic sector. And we will continue to advance forward to write the glorious pages of the history of the Vietnamese revolutionary diplomacy./.

Some of natural resources exhaustedly exploited due to poor management

According to the conclusion of the Political Bureau of the Party, after 5 years implementing Resolution 7 of the Party Central Committee, 11th tenure, environmental pollution still continues to increase and some natural resources have been exploited to its exhaustion. 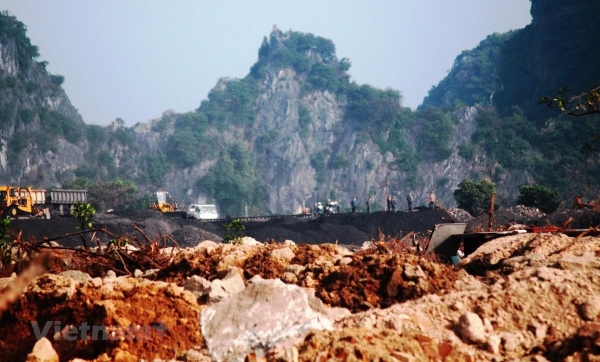 This has been brought to attention to all at a meeting in early August 2019 where it is proposed to promote management and protection of environment. Especially it is necessary to enhance the capabilities of the combat against natural disasters and effective response to climate change. On the other hand, control should be further tightened so as to be able to have better results in exploiting natural resources. More attention should be paid to environmental protection, investigation and examination of pollution should be further intensified.

As a result, the Political Bureau proposes that all the Party committee levels and organizations and local administrations must resolutely implement the Resolution by improving the awareness and the sense of responsibilities concerning the prevention and protection of environment in the combat against natural disasters and response to climate change in an effective way through goof management of natural resources and environmental protection./.