Vietnam–EU officially sign the Free Trade Agreement and Vietnam’s growth rate in the first 6 months reaches 6.76% are among the most outstanding information in the week.

The Free Trade Agreement and the Investment Protection Agreement between Vietnam and the European Union called in abbreviation EVFTA and EVIPA respectively were officially signed in Hanoi on June 30, 2019 at the witness of Prime Minister Nguyen Xuan Phuc. 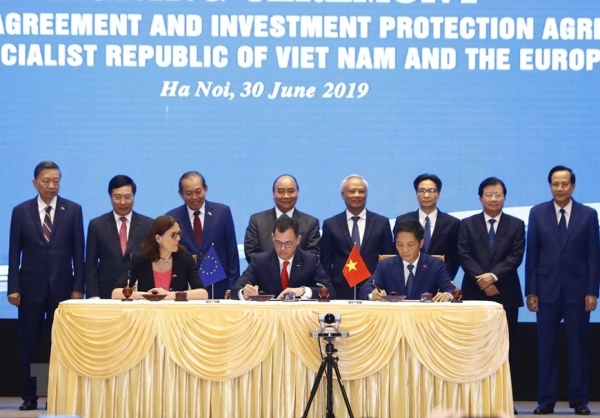 On the part of the European Union, Minister of Business Environment, Trade and Entrepreneurship of Romania Stefan-RaduOprea, a representative of the European Council, Ms Cecilia Malmstrom, High commissioner of the EU Trade and the Vietnam-based Ambassador of the EU member countries were present at the signing ceremony.

Speaking at the ceremony, Prime Minister Nguyen Xuan Phuc said that the official signing of EVFTA and EVIPA has helped open a new horizon for the large and comprehensive cooperation and more powerful development of Vietnam and the EU, thus meeting the requirements of the people and enterprises of the two sides.

“Vietnam is very happy to have cooperation with the EU on the Western Hemisphere, an advanced civilization, a block of the world’s most powerful and modern economic development, as well as expanding the bilateral cooperation with 28 EU member countries” – the Prime Minister stressed.

“When being taken into force, these two important agreements will be served as the two modern, large-scale express ways connecting the EU and Vietnam, and whence the people of the two sides will find it easier in cooperation and exchanges, and the enterprises of the two sides can be able to get favorable access to each other’s market” – Prime Minister Nguyen Xuan Phuc further said.

It takes the two sides 7 years to come to the conclusion of these two important agreements. After the signing, the EVFTA and EVIPA will be submitted to the European Parliament and the Parliaments of the 28 member countries for approval./. 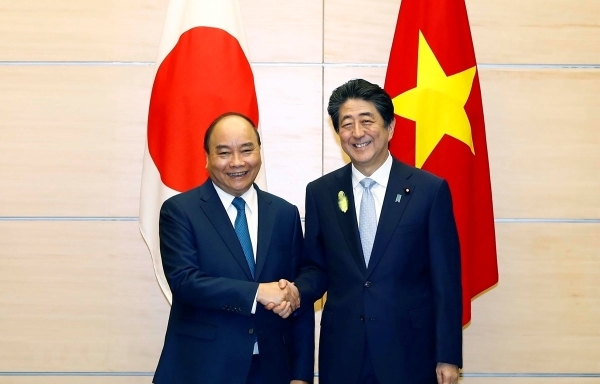 Japanese Prime Minister Shinzo Abe highly appreciated the position, role and achievements in foreign relations of Vietnam in recent time, thanked the initiatives and contributions of the Vietnamese delegation at the G20 Summit.

The two sides express their elation at the substantial developments in the relations between the two countries, being expressed through the recent signing of a series of cooperation documents in such fields as health, education, development of human resources and finance right on the threshold of the Vietnam-Japan Summit.

On July 1, the Vietnam-Japan Investment Promotion Conference was organized in Tokyo chaired by Prime Minister Nguyen Xuan Phuc with the participation of around 1,200 enterprises and investors of the two countries.

Prime Minister Nguyen Xuan Phuc and the officials of the two countries witnessed the hand-over ceremony of 32 investment certificates and MoU of cooperation between the localities and enterprises of Vietnam and the Japanese investors with a total value of USD 8 billion./.

The regular conference of the Government on July 4, 2019 under chair of Prime Minister Nguyen Xuan Phuc was organized online with 63 provinces and cities nationwide. 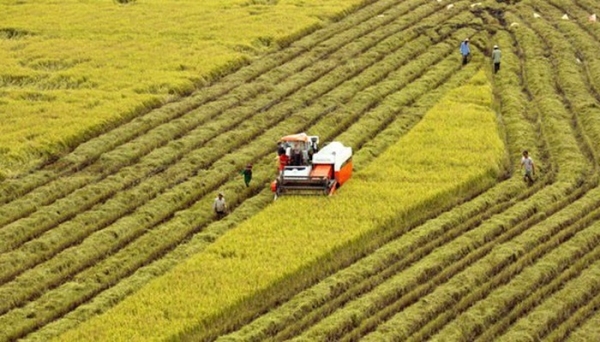 The Conference used the e-Cabinet information system to serve meetings and handle the day-to-day work of the Government.

Accordingly, all the documents and materials are updated into the system so that all the Government members study before and after the conference. The conference aims to assess the social and economic situation after 6 months of 2019 and discuss the measures in the coming time.

According to the report of the Ministry of Planning and Investment, GDP growth in the first 6 months of the year is estimated at 6.76% in the context that the world’s economy is falling into the slower growth.

Worthy of note is the African swine fever epidemic is spreading and great efforts are being made to stop it nationwide.

According to the data from the General Department of Customs on July 2, 2019, export reached a value of USD 122.4 billion; import, USD 120.8 billion and trade surplus was put at USD 1.6 billion.

Having a look back at the first 6 months of the year, Prime Minister Nguyen Xuan Phuc judged that macro economy was stable, inflation was in good control, GDP growth, budget revenue, trade , export-import and enterprise growth reached satisfactory level.

“We have signed the EVFTA, but the problem being posed to us is to implement it effectively with exported products ensuring quality. But in face of the increasingly complicated development of the international trade situation, all the sectors, enterprises, economic groups and the State-run corporations should make greater efforts to meet the current intensive and extensive international integration” – the Prime Minister stressed./.

In the context that Vietnam has just signed the CPTPP and EVFTA, the World Bank experts observe that this will help improve the psychology of investors concerning their interests in shifting of trade and attracting of foreign investment capital flow. 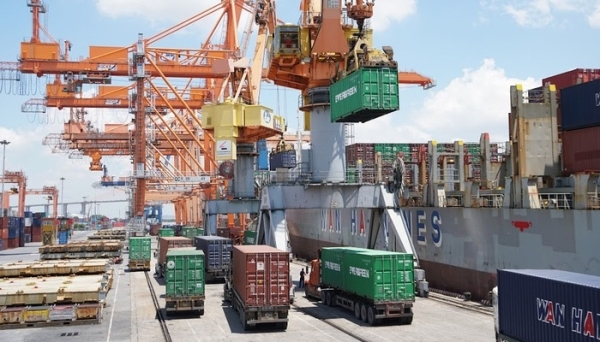 In its annual report on Vietnam’s economic situation made public on July 1, 2019, the Hanoi-based World Bank says that Vietnam’s growth rate is slow as it is, its prospect is positive.

Accordingly, the World Bank says that Vietnam’s GDP growth in 2019 is forecast to be down to 6.6% due to the tightened fiscal and credit policy. Inflation index is expected to be maintained below the inflation targets of 4%.

In spite of this, the WB still observes that Vietnam’s economic prospect is positive. But in the general context that Vietnam has just signed  the CPTPP and the EVFTA, Sebastian Eckardt, Chief Economic Expert of the World Bank in Vietnam, said that these conditions will help improve the investors’ psychology concerning the interests in shifting trade. Especially the EVFTA will make high impact on attracting the flow of foreign investment capital and export if Vietnam implements well its commitments in the Agreement./.

Display of “Peace Diary”: It is never too late for peace 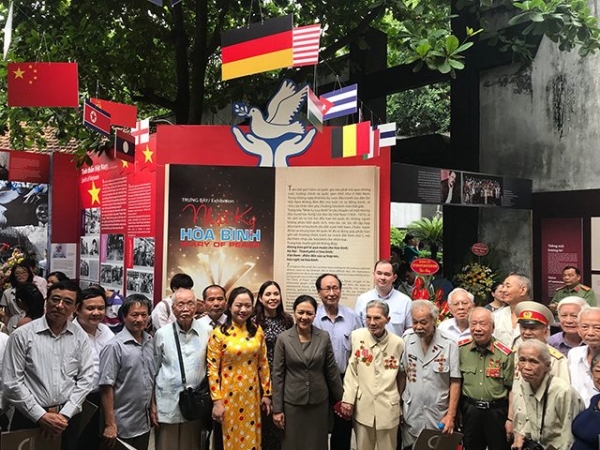 “Peace Diary” is the story about the heroic struggle of the Vietnamese nation (1954-1975) and its display on July 2, 2019 at the Hoa Lo Prison relic site is also the thanks from the hearts of international friends who had struggled for peace for Vietnam.

Through 3 contents: the rungs of the war, Aspiration for peace and the Message for the tomorrow, the display wishes to send a message: It is never too late for peace; Hanoi – the City for Peace; Vietnam, the destination of cooperation, friendship and peace; the display is also the stories about the solidarity of the world peace-loving people who had tided over the geographical distance, languages and religions to raise their voices against the US war waged in Vietnam through the anti-war activities, meetings, demonstrations, dialogues, seminars and the international court set up to raise money and donate blood./.

Vietnam proposes that all the parties concerned should make contributions to peace and security in the region after the US criticizes China for “its actions of threatening character” on the East Sea. 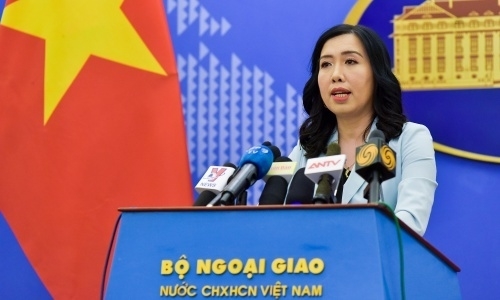 “Vietnam proposes that all operations of the parties concerned on the East Sea should respect sovereignty and just and legitimate interests of countries, abide by international law, especially the 1982 UN Convention on the Law of the Sea, thus contributing to peace, security, stability and cooperation in the region” – said Ms Le Thi Thu Hang, the Foreign Ministry Spokeswoman of Vietnam.

According to the US Pentagon spokesman Dave Eastburn on July 2, 2019, China launched a missile test from its artificial islands which were built up illegally in the Truong Sa archipelago under the sovereignty of Vietnam last week. He stigmatized China for “this worrying behavior”, bearing the “threatening character” and running counter to China’s commitment not militarization on the East Sea.

Possibly, the Chinese army has launched a lot of missiles in its military maneuvers that last 5 days on the East Sea.

In fact, the Chinese Army organized the military exercises on the north of the Truong Sea Archipelago under the sovereignty of Vietnam from June 29 to July 3, 2019. China did request all boats and ships not to go through this area of 22,500 km2./.

On July 4, 2019, Minister of Agriculture and Rural Development Nguyen Xuan Cuong said at a Governmental meeting that at present about 2.8 million pigs contaminated with African swine fever epidemic have been destroyed, but the control of the epidemic has still met with a lot of difficulties.Vietnam

The impact of El Nino phenomenon since later 2018 together with the global warming and urbanization effect has made the heat wave ever stronger. 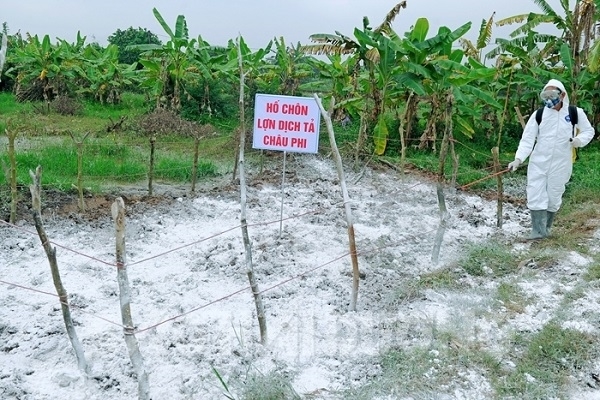 Thousands of people have been mobilized to extinguish the forest fire on June 28, 2019 in Nghi Xuan District, Ha Tinh Province

The main reason for this heat wave is due to the low heat in the west and strong effect of Foehn wind.  Another reason is the impact of the El Nino phenomenon since late 2018 and the global warming, together with the urbanization effect.

As far as the intensity of the heat is concerned, this year’s hear is judged as especially intense; specifically, in Huong Khe District, Ha Tinh Province, on June 20, the temperature climbed up to 43.4°C, the highest ever.

Due to the prolonged heat wave, there are a lot of forest fire in the central part of the country./.