The EU-Vietnam Free Trade Agreement (EVFTA) will be signed on June 30, 2019 in Hanoi and there are over 887,000 high school exam candidates in 2019 nationwide are among the most outstanding information in the week.

EU-Vietnam Free Trade Agreement is to be signed on June 30, 2019 in Hanoi

According to the press release on June 25, 2019, the European Council says that it has approved the signing of the EU-Vietnam Free Trade Agreement (EVFTA) and the Agreement will be signed in Hanoi on June 30, 2019. 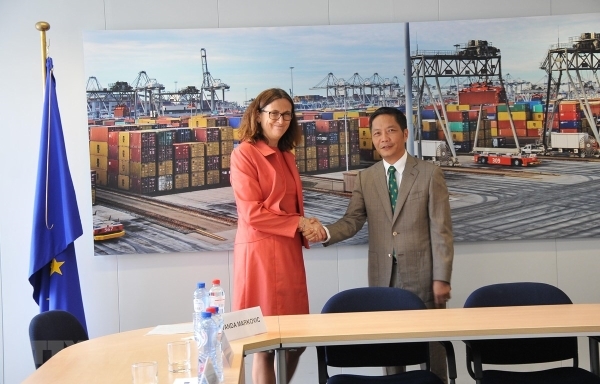 The European Council said that Ms Cecilia Malstrom in charge of trade of the EU and Romanian Minister in charge of Economy-Trade Stefan-Radu Oprea will be present in Hanoi to sign the Agreement.

On this occasion, President of the European Commission Jean-Claude Junker has voiced his greetings of this decision, stressing that this is the firm advance of the European commitment in the Southeast Asian region. He further said that the Agreement manifests the political will of the EU and Vietnam as the two partners and two friends who will strive for a trade of expansion, equality and based on law.

The negotiation on EVFTA started in June 2012 and concluded in December 2015. The EVFTA and the IPA will be signed on June 30, 2019. This is the fine results after 9 years of negotiation.

Vietnam is the second trade partner of EU in the ASEAN region, only after Singapore, with the total trade and goods relations being valued at € 49.3 billion and the trade service being valued at € 3 billion, whereas EU’s investment in Vietnam is still at modest level with only € 6 billion in 2017.

Prime Minister Nguyen Xuan Phuc, his wife and the senior Vietnamese delegation left Hanoi on June 27, 2019 to Osaka, Japan to attend G20 Summit and pay a visit to Japan on June 27-July 1, 2019 at the invitation of Japanese Prime Minister Shinzo Abe. 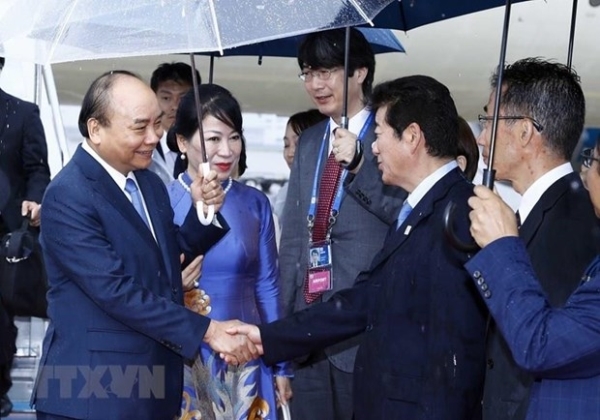 This is the biggest ever G20 Summit organized in Japan in the Reiwa era. Vietnam is one of eight countries being invited by the host country to attend the 14th G20 Summit. And this is the 4th time within ten years Vietnam has been invited to the G20 Summit – the latest was to attend G20 Summit in Germany in 2017./.

The Mid-term Vietnam Business Forum 2019 organized on June 26, 2019 under the theme “The Role of Business Community in Sustainable Development” has brought together about 500 representatives of domestic and foreign enterprises and 13 Vietnam-based foreign business associations. 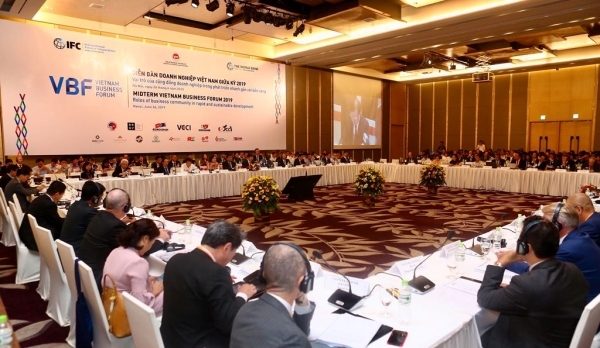 This is aimed to have the dialogue between the Vietnamese Government and the domestic and international business communities with a view to improving the necessary business conditions to push ahead the development of private enterprises and to give advantages to the investment environment, thus contributing to the sustainable economic growth of Vietnam.

Speaking at the Forum, Deputy Prime Minister Trinh Dinh Dung said that in the context that Vietnam is still facing the difficulties and challenges, the fast and sustainable development is the consistent policy of Vietnam’s economic development.

A lot of concern has been paid in this Forum by foreign investors to the form of Public-Private Partnership (PPP). As a result, it is proposed to improve the Law on PPP./.

E-Cabinet is start of digital Government

“If we want to build successfully the digital economy and the digital society, first of all there should be the digital Government, the start of which is e-Cabinet of today” – said Prime Minister Nguyen Xuan Phuc at the opening ceremony of the information system in service of meetings and treatment of the Government’s affairs (e-Cabinet) held on June 24, 2019. 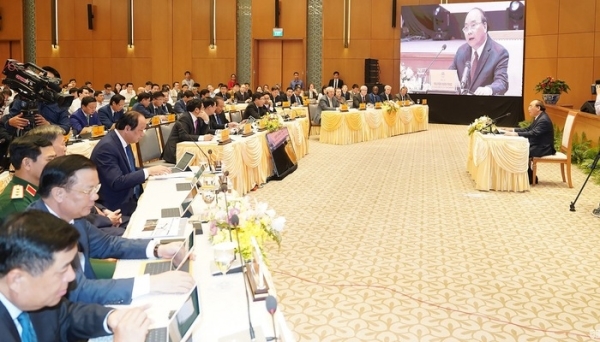 The objective of e-Cabinet is to help transfer the working mode from paperwork to the e-environment, using e-writings, thus creating a modern, professional, transparent, effective and time-effective working environment.

The usefulness of e-Cabinet is to save meeting time and better working conditions, in which data sharing, date protection and reporting system among the administrative agencies of the Government and the State must be followed legally.

The Prime Minister requests the Government members to grasp fully the spirit of taking the lead in this area so as to have a positive and effective system that helps the Government to soon reach the goal of cutting down at least 30% of the meeting time of the Government and at the same time reducing to the maximum the use of paperwork in the Government’s meetings./.

On the morning of June 2019, high school students nationwide started their first exam subject of literature of the national high school exams 2019. 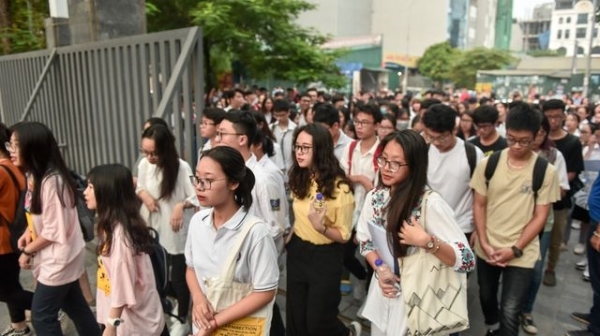 The total number of high students registered to attend the national high school exams stands at 887,104, reaching the ratio of 99.60%.

There are 5 exam subjects, in which Mathematics, Literature and Foreign Languages are compulsory and the other two subjects are self-selected (Physics, Chemistry, Biology of natural sciences and History, Geography and Citizen Education of social sciences)./.

Investment Bridge magazine in coordination with the Thien Viet Securities Company – Ho Chi Minh City, on June 27, 2019 published the list of 50 Vietnamese enterprises to be honored for their most effective business.

This is the 8th year to mark the Top 50 Program of the Investment Bridge magazine. The assessment of the enterprises being honored has been contributed by the domestic and international financial experts, including those from the US Harvard Business School.

Through the process of survey, capitalized value of the TOP 50 has reached over USD 90 billion, a slight increase over that in 2017.

This proves that the strategic orientation is correct and the management capabilities are satisfactory when these enterprises are capable of overcoming difficulties and changes for their development./.