Prime Minister Nguyen Xuan Phuc concludes his official visits to Russia, Norway and Sweden and State Bank of Vietnam speaks about the listing of Vietnam by the US as one of the countries needed to be monitored are the most prominent information in the week.

On May 28, 2019, Prime Minister Nguyen Xuan Phuc, his wife and the high-ranking delegation of Vietnam left Airport Arlanda, Stockholm, for home, concluding his official visit to the Kingdom of Sweden at the invitation of Swedish Prime Minister Stefan Lofven. 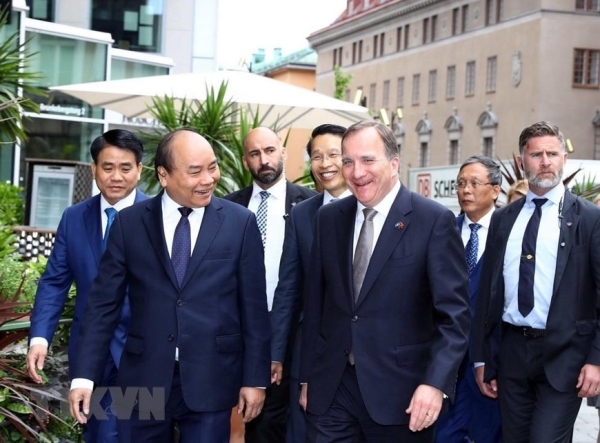 The two Prime Ministers attended and spoke at the Vietnam-Sweden Business Forum and witnessed the signing ceremony of the cooperation documents of the enterprises of the two countries.

This visit by Prime Minister Nguyen Xuan Phuc to Sweden was made right on the 50th anniversary of establishing the diplomatic relations between the two countries. Among the Western countries, Sweden was a bright example of the spirit of disinterested solidarity and enthusiasm towards Vietnam and was the first Western country that had established the diplomatic relationship with Vietnam and Sweden had always accompanied with Vietnam through the half past century teemed with the ups and downs of history.

On the morning of May 29, Prime Minister and his wife together with the high-ranking delegation of Vietnam arrived in Hanoi, concluding the fine official visits to Russia, Norway and Sweden on May 20-28, 2019./. 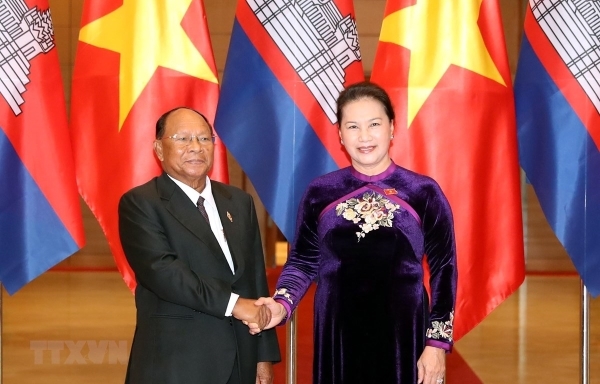 After the official welcoming ceremony, the two Presidents of the National Assemblies held talks.

The two leaders unanimously agreed to boost further the cooperation in the economic, trade and investment fields, especially aim to reach turnover of USD 5 billion in 2020.

As far as the plantation of border markers is concerned, 84% of the work has now been completed and the two sides have exchanged opinion on the legal documents to take note of this achievement. The two sides should also coordinate better so as to be able to soon complete the drafts and organize the signing ceremony of these documents. Chairwoman of the National Assembly Nguyen Thi Kim Ngan proposed that the two sides should continue to find the fiar and reasonable solution so as to complete the boundary delimitation and marker plantation at the portions that are yet to have the boundary delimitation and market plantation so as to build the Vietnam-Cambodia border line into the border line of peace, stability, friendship and cooperation for mutual development.

President of the Cambodian National Assembly Heng Samrin affirmed that Cambodian has always given its strong support to the Vietnamese enterprises and is paying attention to the supply of alien cards in accordance with the Cambodian law.

The US Department of the Treasury on May 29, 2019 released the report on “Macroeconomic and Foreign Exchange policies of major trading partners of the United States”, and Vietnam is on the “Monitoring List” of countries. 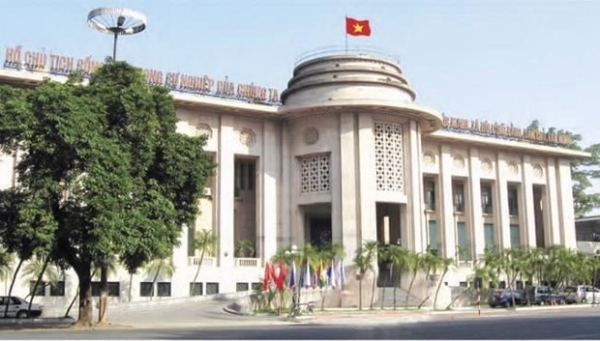 Headquarters of the State Bank of Vietnam

Vietnam is on the monitoring lists when it satisfies two criteria on the bilateral trade surplus with the US and the current account surplus. The US Department of the Treasury will follow information and data on trade, current account, macroeconomic and monetary policies of Vietnam, if necessary, in the coming time.

The State Bank of Vietnam will coordinate with the concerned ministries and branches to exchange and work on the issues being interested by the US Department of the Treasury, at the same time it will continue to operate the monetary policy in order to control inflation, stabilize macro economy, support the reasonable economic growth and operate the flexible rate in conformity with the market development at home and abroad in a bid not to create the unhealthy competitive advantage in international trade./ 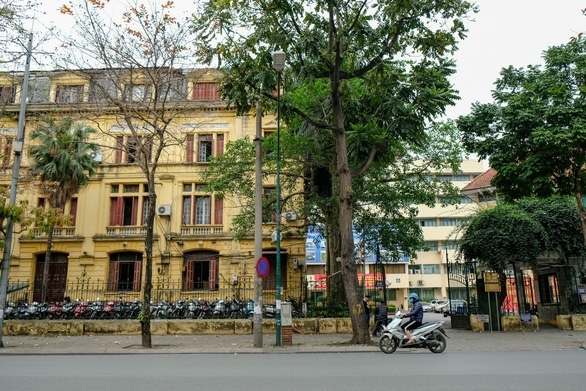 The PAR INDEX of the Transport Ministry is the lowest with a value of 75.13%

The State Bank of Vietnam reached the highest PAR INDEX, 90.57% and the Transport Ministry, the lowest: 75.13%.

In terms of the Satisfaction Index (SIPAS), the highest index is put at 97.88% and the lowest index is 69.98%. In general SIPAS in 2018 sees an increase of 2% as against that in 2017. Son La Province tops the list of SIPAS and Ha Giang, Cao Bang and Binh Dinh provinces have the lowest SIPAS./.

Retired age is proposed to increase

On May 29, 2019, the Ministry of Labor, War Invalids and Social Affairs presented to the National Assembly a report on the draft Labor Code (amended) 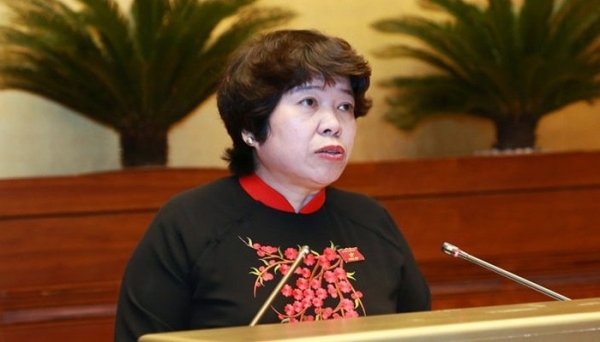 Ms Nguyen Thuy An, Chief of the Committee of Social Affairs of the National Assembly

Plan 1: for the male laborers in the normal working conditions, in each year, it will be increased by 03 months; for the female laborers, it is 04 months.

Plan 2: for the male laborers in the normal working conditions, in each year, it will be increased by 04 months; for the female laborers, it is 06 months.

This adjustment of the retired age is planned to be applied from 2021.

However, as Ms Nguyen Thuy Anh, Chief of the Committee of Social Affairs of the National Assembly viewed it, the space of retired age should be carefully considered depending on the health conditions, labor type and working conditions of different groups of laborers. For this reason, the Government should carefully analyze so as to have suitable suggestion of retired age by basing on certain elements such as retired aged as compared to the average longevity, the relationship between the increase  of retired age, social insurance, among others.

On the other hand, it is necessary to review and list the jobs and professions that have the big difference between the job age and the retired age./.

The General Department of Statistics (Ministry of Planning and Investment) on May 29, 2019 released the report on “Social and economic situation in first 5 months of 2019” with a lot of remarkable index. 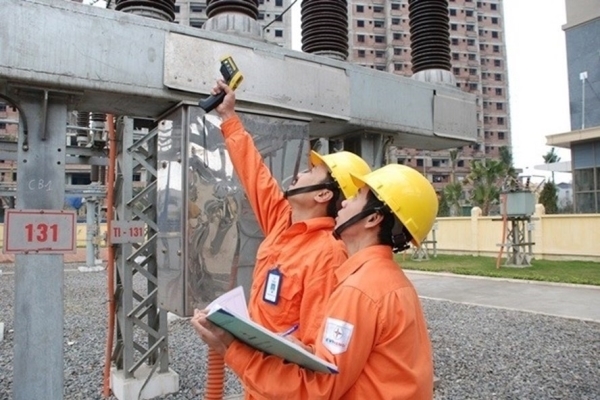 The agro-fisheries-forestry production will meet with difficulties due to the electricity price hike. Specifically, African swine fever epidemic has developed complicatedly; the output of winter-spring rice has reduced by 45,000 tons as compared to the previous crop; fisheries export has also reduced due to the brackish water shrimps and tra fish exported to the US and Chinese markets is lower year on year.

Industrial production in May has increased to 4.6% against the previous month, thanks to the growth of 10.9% of the processing and manufacturing industries – the highest index in the past 5 years.

A eave of start-up has helped mobilize capital for the economy with around 54,000 newly registered enterprises, while the FDI enterprises continued to prosper with the record number of 1,363 investment projects and registered investment capital reaching USD 6.5 billion, the highest in the past 3 years.

The total export-import turnover in the past 5 months has reached USD 502 billion. It is worthy of note that despite the increase of electricity and petrol prices that has increased CPI in May to 0.49%, inflation has been basically controlled with average increase in the past 5 months by 1.85% year on year./.