UN Day of Vesak Celebration 2019 organized at Tam Chuc Buddhist Center (Ha Nam Province) and National Forum on developing technology enterprises of Vietnam are among the most outstanding information in the week.

The UN Day of Vesak Celebration 2019 is to be organized at the Tam Chuc Buddhist Center, Ba Sao Commune, Kim Bang District, Ha Nam Province on May 12-14, 2019. 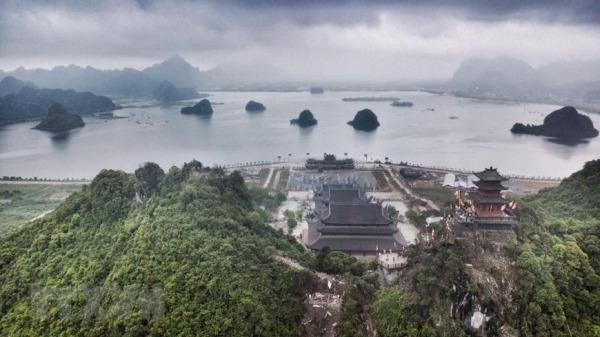 This is the third UN Vesak Day being celebrated in Vietnam. The first celebration was organized in Hanoi in 2008, with the participation of delegates from 74 countries and territories with Buddhist proportion, 850 international guests and 10,000 domestic and foreign Buddhists.

The second UN Vesak Day was organized at Bai Dinh Pagoda, Ninh Binh Province in 2014 that brought together the delegates from 95 countries and territories with Buddhist proportion, over 1,050 official international guests and 600 international travelers. It was also attended by over 20,000 domestic and foreign Buddhists.

The third UN Vesak Day 2019 is to be organized with the participation of 112 countries and territories, 1,650 delegates from 570 delegations and senior dignitaries, scholars and researchers of Buddhism./. 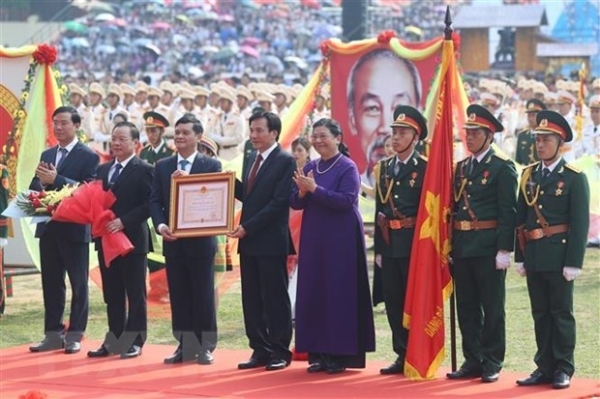 On this occasion, Dien Bien Province was awarded the Independence Order, First Class by the Party and the State.

Speaking at the anniversary, Permanent Vice-Chairwoman of the National Assembly Tong Thi Phong highly appreciated the achievements recorded by the Party Committee, the administration and people of Dien Bien Province in the process of its establishment and development in all fields.

She asked the Party Committee, the administration and people to strive further to build Dien Bien Province into the medium developed province in the Northeast region of the country./.

Swedish successor province Victori Ingrid Alice Desiree and her husband paid an official visit to Vietnam on May 6-8, 2019 at the invitation of Vice President Dang Thi Ngoc Thinh. 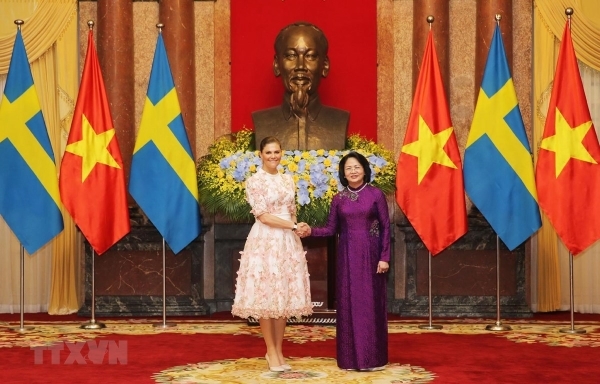 Vice President Dang Thi Ngoc Thinh affirmed that the visit of the princess was a very important event in a series of activities in celebration of the 50th anniversary of the diplomatic establishment between Vietnam and Sweden (1969-2019).

The two sides have unanimously appreciated the Vietnam-Sweden relationship and cooperation in the past years in all fields.

On this occasion, Vice President Dang Thi Ngoc Thinh conveyed the best regards and invitation of General Secretary and President Nguyen Phu Trong to the King and Queen to visit Vietnam.

Princess Victoria Ingrid Alice Desiree highly appreciated the achievements Vietnam has recorded in the social and economic development and in the international integration and affirmed that Sweden has attached importance to developing the relationship and cooperation with Vietnam.

The Swedish princess’s visit to Vietnam this time is accompanies by 50 top enterprises of Sweden in various areas.

The two sides unanimously agreed to create conditions to enterprises of the two countries to further enhance their cooperation in investment and business, especially in the fields that Sweden has the strength and Vietnam has the requirements such as the processing industry, the supporting industry, science and technology, education and training, health, environment, smart urban construction and information and communication.

During her visit, the Swedish princess attended the Vietnam-Sweden Business Summit on May 5, 2019./.

The National Forum of Developing Technological Enterprises of Vietnam was held on May 9, 2019 at the Center for National Convention, Hanoi. 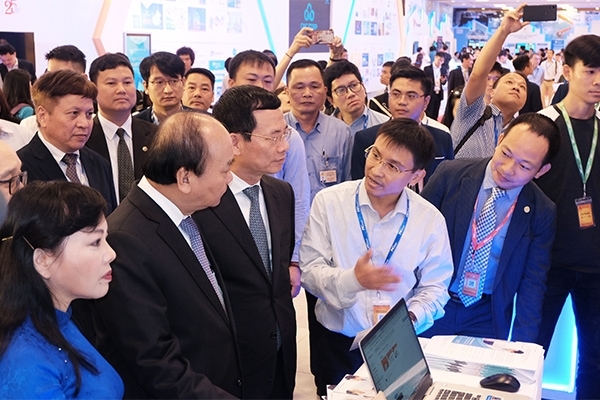 The event brought together over 1,000 delegates, in which there were a lot of prestigious experts and technology enterprises at home and abroad as well as the start-up enterprises in the technological area in Vietnam.

Prime Minister Nguyen Xuan Phuc attended and spoke at the event. He stressed that Vietnam should be striving to take the lead in invention and innovation in the technological area. This is the only and inevitable way to advance towards a powerful country.

Digital Vietnam is aimed to have a digital society and economy. Innovation can happen in the most favorable way only in the digital environment. That is why, a digital transformation is regarded as the premises for the widespread development of innovation./.

The Fitch Ratings’ revision of Vietnam’s Outlook to Positive from Outlook reflects an improving track record of economic management. 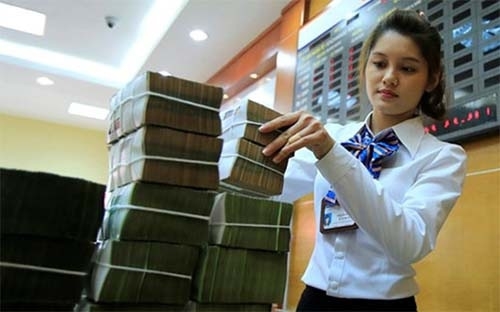 According to Fitch assessment, Vietnam has resolutely implemented its commitment of strengthening its fiscal, reining in public debt and successfully   reducing its government debt to about 50.5% of GDP in 2018 from 53% of GDP in 2016.

Fitch also observes that Vietnam will continue to be one of the fast developed economies among the Asian-Pacific countries. Vietnam is also judged as an attractive destination for foreign investors due to the low cost advantage./.

On the morning of May 8, 2019, the 34th session of the Standing Committee of the National Assembly discussed a lot of issues relating to the reports of the Government on the economy, society and budget. 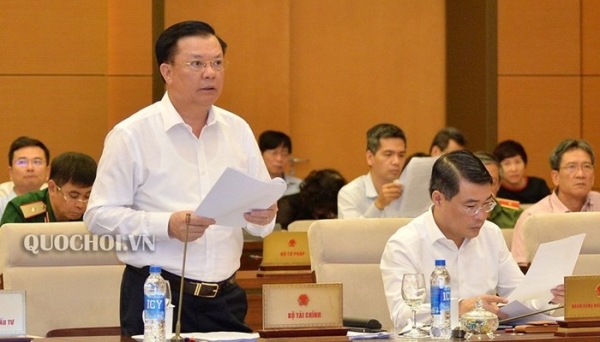 Minister Dinh Tien Dung said that in 2018, there were about 95,940 transfer pricing cases investigated and examined, resulting in collecting VND 14,740 billion and reducing losses to VND 40,900 billion. Similarly, in 2017, losses were reduced to VND 37,000 billion.

The minister further stresses that the transfer pricing among the FDI enterprises has happened very seriously.

After assessing 30 years of attracting foreign investment, it can be seen that there are still loopholes. For example, they invested only USD 10 million, but they declared that they invested USD 20 million. In that way, they withdrew all the depreciation of fixed assets, thus reducing their taxable income. This is the phenomenon of false loss and real profit, Minister Nguyen Chi Dung stressed.