Document subcommittee of the Party’s 13th Congress holds its first session; 40th anniversary to celebrate victory over Southwest border war and together with Cambodian people wipe out genocidal regime are among the most outstanding information in the week. 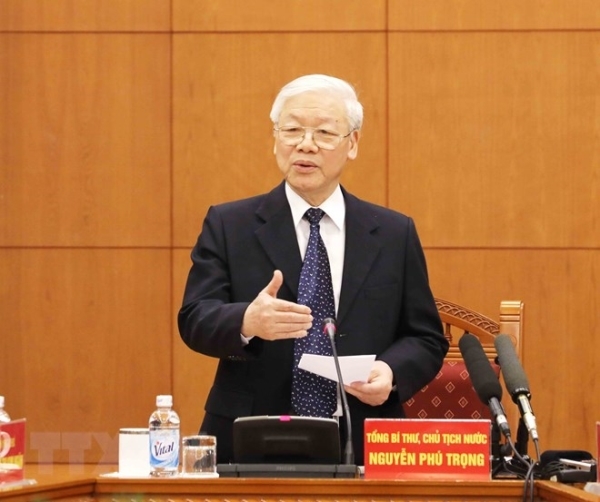 Present at the session were Prime Minister Nguyen Xuan Phuc, Chairwoman of the National Assembly Nguyen Thi Kim Ngan and the members of the Document Subcommittee and others.

The preparation of the documents of the 13th Party National Congress is an important landmark, which needs to be carried out in a scientific and thoughtful manner with a view to ensuring the success of the Congress. The Political Report is the key document of the Congress./.

With new motivation, take Vietnam-Laos cooperation to ever more substantiality and effectiveness

The 41st session of the Vietnam-Lao Intergovernmental Committee was held in Hanoi on January 6, 2019 under the co-chair of Prime Minister Nguyen Xuan Phuc and Prime Minister of Laos Thongluon Sisoulith. 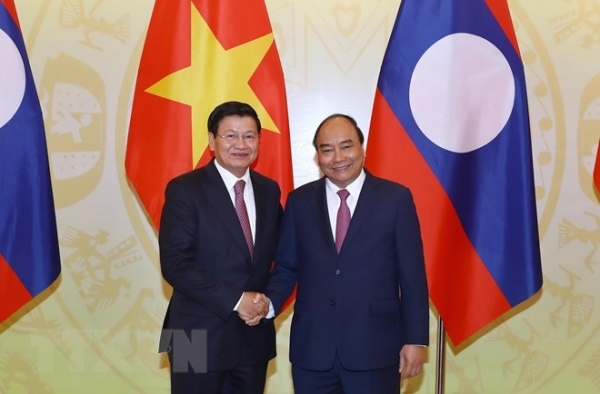 At these meetings, the two sides share the difficulties and challenges and express mutual support at international and regional forums. The two sides have unanimously agreed to the cooperation direction in 2019 with the political, foreign affairs, defense and security cooperation as the main.

The two sides have agreed to prioritize and promote the improvement of educational and training exchanges and enhance the more substantial and effective cooperation in the various fields, including the cultural, scientific, social, sports, health care and justice.

Thousands of the Cambodian people on the morning of January 7, 2019 gathered together at Olympic Stadium in Phnom Penh capital city to celebrate the 40th anniversary of the victory on January 87, 1979 to overthrow the Khmer Rouge genocidal region. 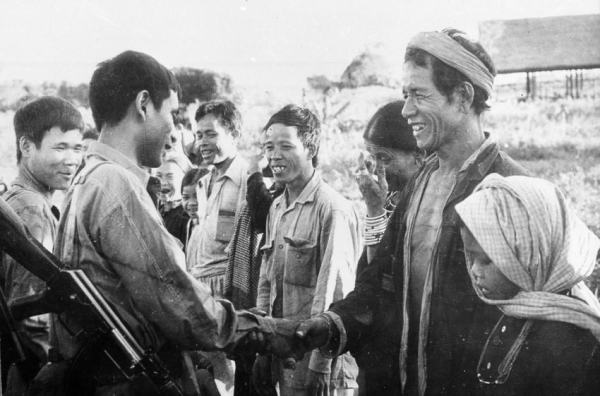 Present at the ceremony were Prime Minister of the Kingdom of Cambodia Samdech Techo Hun Sen and his wife, Chairman of the Parliament Heng Samrin and representatives of embassies and international guests.

Ambassador of Vietnam in Cambodia Vu Quang Minh was also on hand at the this solemn ceremony.

Speaking at the event, Prime Minister of Cambodia Hun Sen stressed that the January 7, 1979 Victory is based the unity spirit of the Cambodian people under the leadership of the Cambodia People’s Party with the great, timely and effective support of the volunteer soldiers of Vietnam.

Prime Minister Hun Sen pointed out that he would like to represent the Cambodian people to express the profound gratitude to the Party, Government, army and people of Vietnam for having answered the call of the Cambodian Patriotic National Unity Front to liberate Cambodia from the Pol Pot genocidal regime, bringing along the revival of the land of Cambodia. This noble act will be deeply imprinted in the history of Cambodia.

On this occasion, the Central Committee of the Communist Party of Vietnam has sent a message of greetings to the Central Committee of the Cambodian People’s Party, affirming that the Party, State and people of Vietnam will do their utmost to together with the Cambodian People’s Party, the State and people of Cambodia to maintain and foster forever the fine neighborly relationship and the comprehensive, sustainable and long-lasting cooperation between Vietnam and Cambodia for the prosperity of the people of the two countries, for peace, stability, cooperation and development in the region and the world./.

Vietnam is one of 10 top tourism destinations in 2019

According to the United State Tour Operators Association (USTOA), Vietnam is assessed as one of the top 10 attractive tourism destinations in the world in 2019. 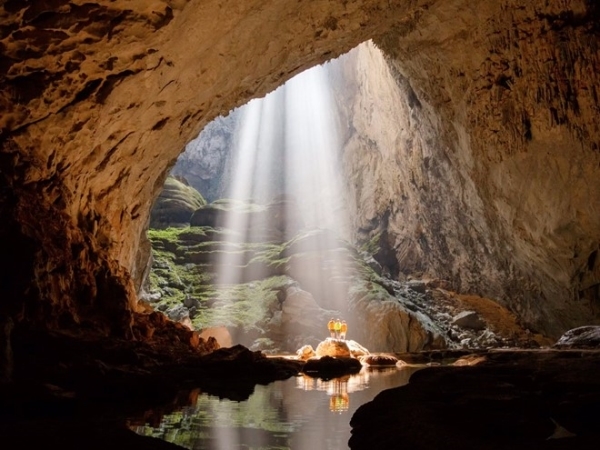 This selection is based on the recent survey of Price Water House Coopers. As published on USA Today, the article titled “Where will US travelers explore in 2019? has listed top 10 tourism destinations in the world, Iceland continues to be rated the first, the runners-up are Cambodia, Croatia, Colombia, Vietnam, Portugal, Bhutan, Bolivia, Myanmar and Ethiopia.

At the same time, Lonely Planet magazine gives information on 5 most-dreamed tourism destinations in the world in 2019, including Son Doong Cave of Vietnam./.

According to the Ministry of Information and Communications, the Department of Radio, Television and Electronic Information has reviewed and discovered that Facebook has violated the law of Vietnam in three major areas: management of information content; illegal adverts on the network and its tax responsibility with Vietnam.

Specifically, Facebook is yet to remove the Fanpages which have acts of committing offences of inciting and instigating unlawful behaviors against the State of Vietnam. Now Facebook still allows a lot of individual accounts on Fanpage to post the writings with contents slandering individuals, organizations and agencies of the State of Vietnam.

Let alone, there are a lot of adverts of illegal and fake goods and products on Facebook. More seriously, there are “Political adverts” on Facebook, slandering the real situation in the country. So, if Facebook does not have any positive moves, the management agencies of Vietnam will take necessary economic and technical measures to guarantee the clean and wholesome network environment./.

The “Vietnam Journey” TV channel of the Voice of Vietnam Radio was officially launched on January 9, 2019. Deputy Prime Minister Vu Duc Dam pressed the button to give the green light to the channel. 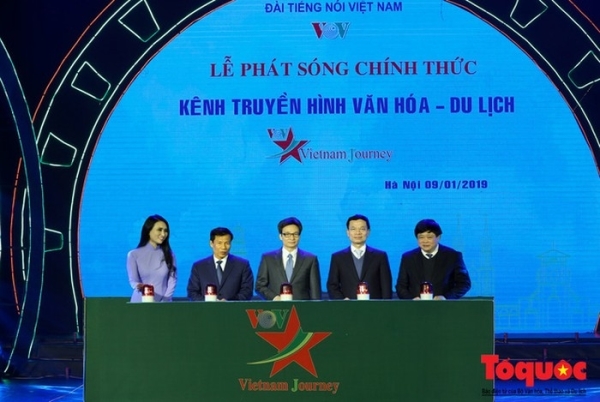 The “Vietnam Journey” TV channel is specialized in putting on air the cultural and tourism TV programs with the application of direct multi-point, multi-platform interactive technology for the first time in Vietnam. With this technology, the viewers can join the TV programs and have interaction with MC and with other viewers through smart phone or smart TV.

On this occasion, viewers have the chance to enjoy some prominent TV programs of “Vietnam Journey”, including the cultural space or week-end destinations./.