Vietnam will have the strongest growth prospects with expected growth of 6.2 percent in 2016, among the large developing Southeast Asian economies, said a report released by the World Bank (WB) on Monday. 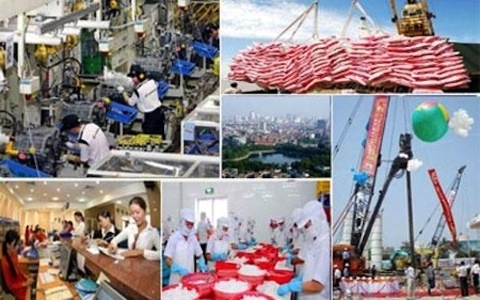 The report titled "East Asia and Pacific Update April 2016: Growing Challenges" is a WB's biannual review of the region's economies, which is launched in Vietnam's capital Hanoi on Monday.

The country's economic expansion in 2015 was supported by buoyant retail sales and a pronounced increase in remittances, as well as a gradual recovery in the property market, higher public investment in infrastructure, and an easing of regulations on foreign investment in real estate. While manufacturing exports grew strongly, growth in exports moderated overall due to lower food and commodity prices, said the report.

During 2016-2018 period, Vietnam's output is expected to expand at an average of 6.3 percent, supported by continued strong growth in domestic demand and manufacturing exports, although there are risks associated with fiscal pressures and relatively slow progress on structural reforms.

On the upside, Vietnam is strongly positioned to benefit from numerous free trade agreements, said the report.According to Vietnam statistics office, Vietnam's GDP growth in 2015 reached 6.68 percent.Earlier in late 2015, Vietnam's National Assembly targeted the country's economic growth at 6.7 percent in 2016.