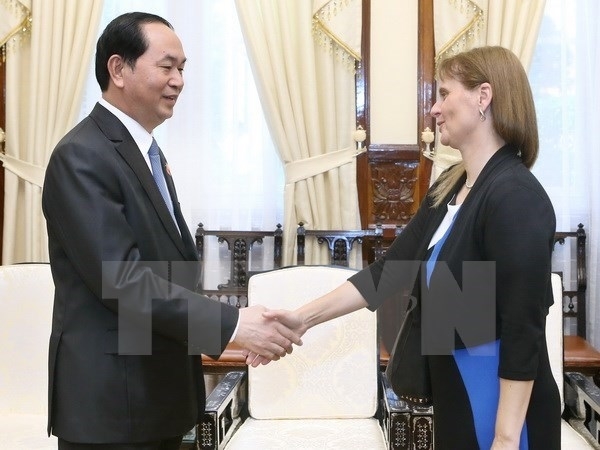 The State leader expressed his delight at the developing ties between Vietnam and Israel in all fields, ranging from politics, security and defence to science-technology and agriculture.

Vietnam and Israel should speed up negotiations for the signing of a bilateral trade agreement and open a direct route between the two countries, thus facilitating their economic and tourism cooperation, he said.

The two sides also need to step up affiliation in science and technology, especially high technology, he added.

For her part, Ambassador Meirav Eilon Shahar hoped that the two countries will continue cooperation and mutual support at the regional and international forums, particularly the UN.

The Israel-Vietnam relations now not only focus on agriculture but also expand to other fields such as science-technology, defence and security, she said.