Insider, a leading US news site, has chosen Vietnam’s Golden Bridge in their list of the most stunning bridges in the world. 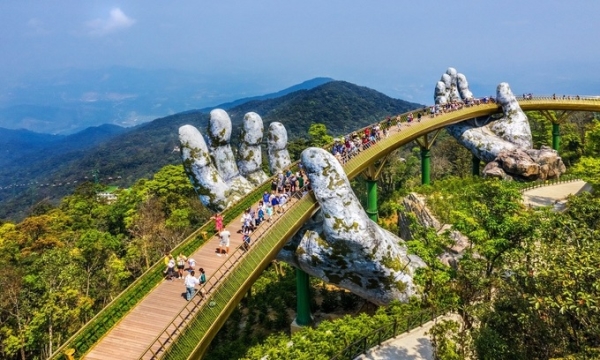 The bridge, 150 meters long and 12.8 meters wide, is located at the Ba Na Hills Resort, near Da Nang City, in the Truong Son mountain range.

It acquired global fame very soon after it opened in June 2018, attracting extensive international media coverage and drawing visitors from all over the world. It has also become a fixture in several annual international awards.

Vietnam’s Golden Bridge was featured among the world's best travel photos of 2018 (CNN), the World's 100 Greatest Places (Time) and Pictures of the year 2018 (Reuters).