U.S. President Barack Obama began his three-day visit to Vietnam on May 22. This visit is believed to have given an edge to Vietnam in the South China Sea disputes as part of the larger confrontation between the United States and China. 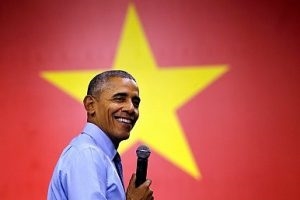