Analysts and securities firms are hoping Vietnamese shares will perform better in 2019, but there are still many challenges that will clearly weigh on market sentiment. 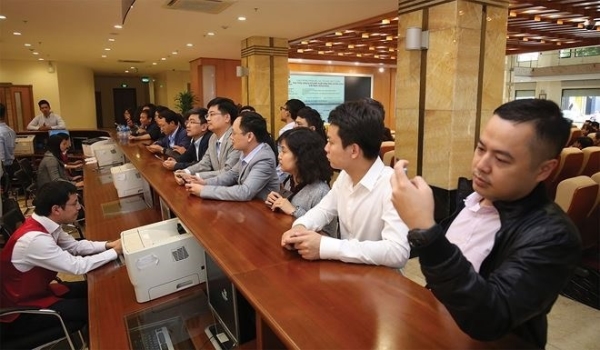 Analysts and securities firms are hoping Vietnamese shares will perform better in 2019, but there are still many challenges that will clearly weigh on market sentiment. (Photo: vnexpress.net)

In the first three months of the year, the VN-Index was one of the top three best-performing equity indices in the world.

A similar pattern was also seen in the performance of the Hanoi Stock Exchange’s HNX Index, which hit its record high of 138.02 points on April 6 after having gained substantially by 87 percent since January 22, 2016.

But in the last eight months, the two indices of the Vietnamese equity market have disappointed many investors and Vietnamese shares turned from investors’ favourites into a bear market.

In the same period, the HNX Index has dropped nearly a quarter. The northern market index totalled a loss of 10.8 percent in 2018.

What has weighed on the domestic market development is poor investor confidence, which is mostly dependent on international events and can be broken easily if any negative news is heard.

The two biggest economies’ tense relations led the world into a trade war, in which the US and China imposed dozens of billions of dollars of tariffs on each other’s exports.

The US central bank Federal Reserve in 2018 raised interest rates four times with the latest one on December 19 as in its view, the US economy had become strong enough for it to provide further support. The Fed also signalled more rate hikes would be made in 2019.

Investors and traders also spent the whole of 2018 worrying about the slowdown of the global economy, led by the second-largest economy China.

China is known as the biggest trader for many economies, including Vietnam, so its economic slowdown is forecast to hurt those economies’ exports.

Fears of the global economy slowdown also pushed oil prices down and tested the confidence of investors who believe in petroleum stocks.

In the last quarter of the year, Brent crude lost 37.6 percent from its one-year high of 86.29 USD a barrel while the US crude WTI shed 40.6 percent.

Compared to the beginning of the year, the two benchmark crude indices have fallen 19 percent and 25 percent, respectively.

Other negative factors included Brexit, geo-political tensions in the Middle East and Europe.

However, there have been positive signals coming out of the negative news.

In early December 2018, the US and China held talks during the G20 Summit and reached a 90-day ceasefire agreement, in which China must increase buying commodities, goods and services from the US and in return, the US will not further raise its tariffs on Chinese imports from 10 percent to 25 percent.

Regarding oil prices, members of the Organisation of Petroleum Exporting Countries (OPEC) and non-OPEC exporters agreed to cut their production to boost market prices and are willing to meet in the middle of 2019 to discuss another output cut if needed.

Those pieces of news are expected to offset global worries about the global economy’s future growth and trade relations among the biggest economies.

In addition, Rong Viet Securities Corporation (VDSC) said in its market outlook for 2019 that the VN-Index may top 1,000 points this year because Vietnamese shares have fallen to more attractive price levels in the last nine months.

“The average of price-to-earnings ratio for the local stocks has fallen to 16x,” VDSC said. The figure is lower than that in India, Malaysia, Indonesia and the Philippines.

“There are stocks currently more expensive than the rest such as property developers Vingroup (VIC) and Vinhomes (VHM), and Vincom Retail (VRE).”

According to Duong The Quang, General Director of Dong A Securities JSC, there will be a lot of opportunities in Vietnam in 2019.

“Vietnam recording the strongest growth rate in the last eight years, at 7 percent, plus a stable foreign exchange rate and an anti-dollarisation policy, will help lure more foreign capital into the economy,” Quang said.

In 2019, foreign capital is expected to return to emerging markets from developed markets, thus, boosting the prices of companies with good quality, corporate governance and growth potential, he said.

In addition, “investors are hoping that the amended Law on Securities will be approved and brought into effect in the fourth quarter of 2019, allowing foreign investors to buy more shares in the banking, pharmaceutical and telecommunication industries,” Quang said.

“If those expectations are met, the stocks in those three sectors will receive higher investment starting in the third quarter of 2019.”

But in the first trading week of the year, the VN-Index is forecast to move narrowly around the 900 point level, according to Ngo Quoc Hung, senior analyst at MB Securities Corporation.

“After some days off, investors are expected to become more optimistic. Stabilising global markets and positive macro-economic conditions will make them more confident in the domestic market,” he said.