Vietnam’s economy unexpectedly grew in the second quarter, though at the slowest pace in at least a decade, as exports slumped because of the coronavirus pandemic.

Gross domestic product rose 0.36% from a year earlier, compared with a revised 3.68% in the first quarter, the General Statistics Office said Monday in Hanoi. The median estimate in a Bloomberg survey of economists was for GDP to shrink 0.9%. 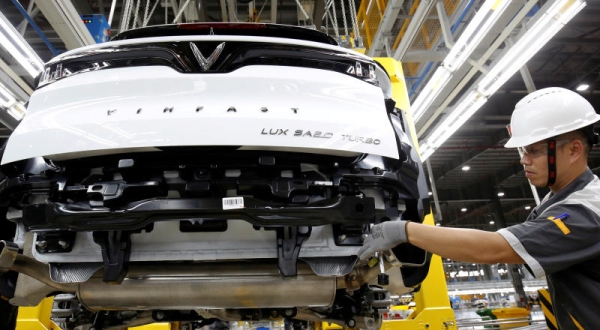 Vietnam’s export-reliant economy is taking a knock as the virus disrupts global supply chains and hurts demand, but is still likely to be one of the better performers in Southeast Asia this year.Prime Minister Nguyen Xuan Phuc said last month the economy could sustain growth of 4%-5% this year as the government looks to attract more foreign investment from businesses adjusting supply chains.

Exports fell 2% in June compared to a year earlier, while imports climbed 5.3%.Consumer prices rose 3.17% in June from a year earlier, up from 2.4% in May. The government aims to cap average inflation at 4% this year.Vietnam posted a trade surplus of $500 million in June, compared with a $900 million deficit the previous month.