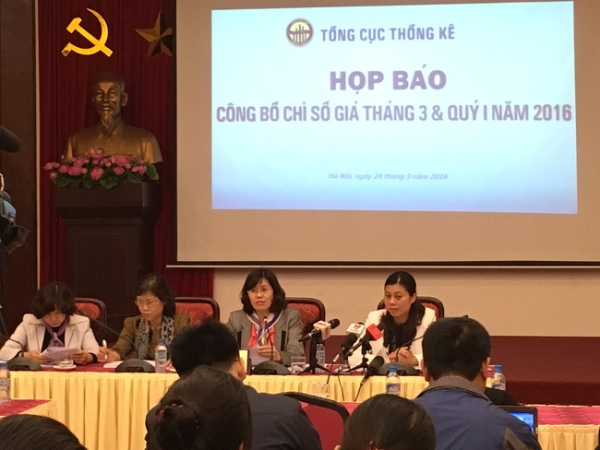 These figures have driven the March CPI to increase 0.99 percent against December 2015 while the three-month CPI is forecast to go up 1.25 percent compared to the same period of 2015, said a report released by GSO on its website.
Of 11 items in the CPI calculation basket, in March, two items witness rising prices including medicine and healthcare as well as education, with respective climb of 24.34 percent and 0.66 percent against February.
Specifically, following a circular issued by Vietnam's ministries of health and finance, the price of medical services with social health insurance started to increase by 32.9 percent since the beginning of March, causing sharp increase in the price of medicine and healthcare group in the CPI calculation basket.
Moreover, tuition fee in all levels of education in some Vietnamese localities has increased, which leads to the rise in the price of education during the month.
On contrary, in March, the rest nine items experience drop in prices with the sharpest decrease of traffic group at 3.64 percent compared with the previous month, said the report.
Monthly CPI in Vietnam is calculated from the 15th day of the previous month to the 15th day of the reference month.