On February 13, the annual parliamentary hearing between the Inter-Parliamentary Union (IPU) and the United Nations (UN) was organized at the UN headquarter in New York. 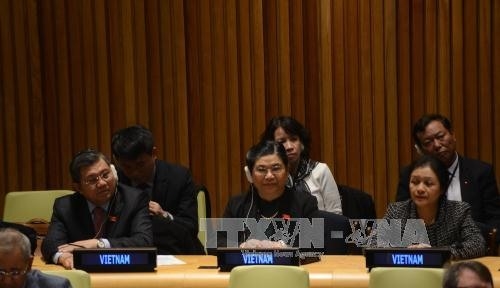 Member of the Politburo, Permanent Deputy Chairwoman of the National Assembly Tong Thi Phong at the opening session of the hearing.