Vietnam has enough legal grounds and historical evidences to affirm its sovereignty over the Paracel Islands and legitimate rights to its waters. 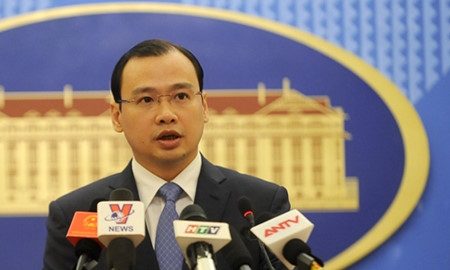 On February 28th, in response to the press regarding the official announcement released by China’s Ministry of Agriculture on the revision and application of new regulation on a fishing moratorium in the sea, including some areas of Vietnam's waters, Le Hai Binh, the spokesperson of Vietnam’s Foreign Ministry, stressed: