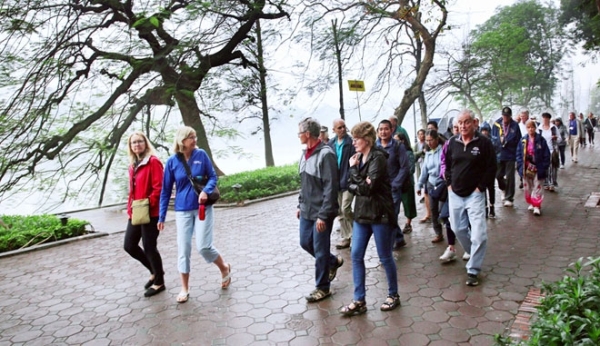 In 2019, Vietnam welcomed over 18 million international tourist arrivals, a year-on-year increase of 16.2%.A remarkable result given the slow increase of the world’s economy last year.

According to the latest UNWTO’s statistics, the number of global international tourists reached 1.5 billion in 2019, up 3.8% over the previous year.

The growth of Vietnamese tourism also contributed to the overall growth of the Southeast Asia and Asia-Pacific regions. The number of international arrivals to the Asia-Pacific rose by 4.6% last year, the second highest in the world, following the Middle East.

In addition to Vietnam, Myanmar and the Philippines were also Southeast Asian countries among the list of nations with the highest growth of international arrivals. Accordingly, Myanmar stood at the top while the Philippines ranked eighth./.