China’s election of deputies to the People’s Congress in the so-called Sansha city illegally built by the country and the illegal patrol in the Hoang Sa (Paracel) archipelago area is a serious violation of Vietnam’s sovereignty, Foreign Ministry’s spokesman Le Hai Binh said on October 3. 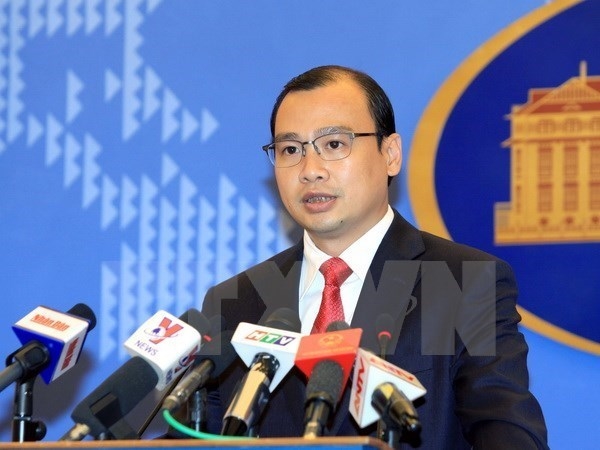 He made the statement in reply to reporters’ queries about Vietnam’s position on China’s aforementioned moves, noting that Vietnam has sufficient legal and historic evidence affirming its sovereignty over Hoang Sa and Truong Sa (Spratly) archipelagos.
According to him, such illegal actions could not change the truth about Vietnam’s sovereignty over Hoang Sa and Truong Sa.
Vietnam resolutely opposes and asks China to respect Vietnam’s sovereignty, immediately end above wrongful actions, seriously abide by the Declaration on the Conduct of Parties in the East Sea (DOC) and the Agreement on basic principles guiding the settlement of issues at sea between Vietnam and China, he said.