Vietnamese Deputy Prime Minister Trinh Dinh Dung highlighted the crucial role of energy cooperation with Laos during a reception in Hanoi on February 18 for Lao Minister of Energy and Mines Khammany Inthirath. 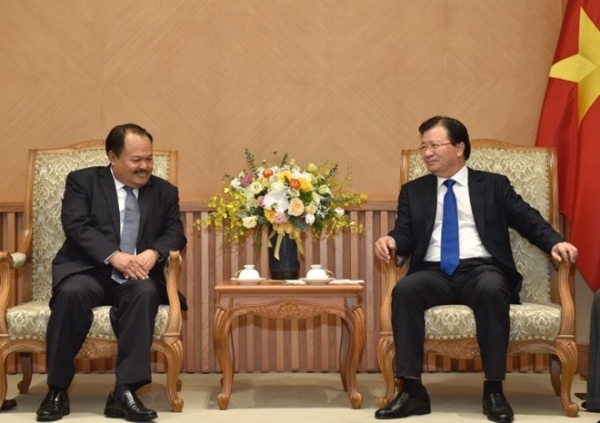 He noted that Vietnam consistently opposes energy projects that harm the environment, and suggested that both countries should early build a mechanism to closely monitor the construction of irrigation and hydropower works in border areas.

Inthirath said he had held working sessions with the Ministry of Industry and Trade, the Vietnam Electricity, the Vietnam Oil and Gas Group (PetroVietnam) to realise the two governments’ agreements on hydropower development in Laos, and power purchase.

Both sides reached consensus on several major projects to report to leaders for the early signing, he said.

The Lao minister committed all possible support to Lao and Vietnamese firms to cooperate together closely and effectively, especially in the fields of energy and mining.
(Vietnamplus)
Tweet