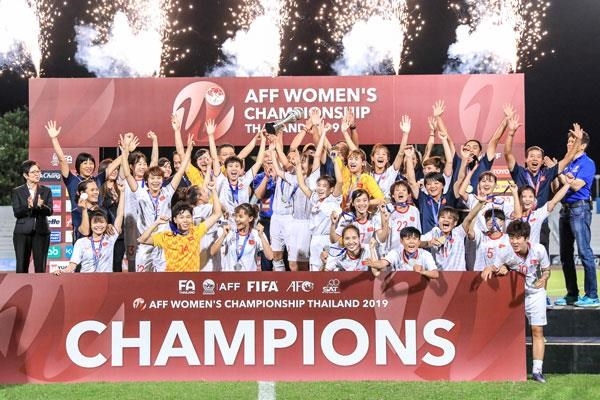 The official time of the match ended with no goal as the two teams missed their chances to score.

The turning point came at the 93rd minute as Vietnam’s captain Huynh Nhu scored and broke the equilibrium. However, she was booked with a yellow card for a second time in the match a minute later.

Afterwards, defending champions Thailand pressed on for an equaliser, but the 10-member Vietnamese squad successfully maintained the scoring for the remainder of the extra time.

With this result, Vietnam remained undefeated in the tournament and only conceded one goal. This victory also ended Thailand’s title-winning streak in the championship after three seasons.

Vietnam won the title in 2012 and their first came in 2006 during the second edition of the football event.

This year, the regional championship sees Vietnam, Myanmar, Cambodia and Indonesia competing in Group B, while Malaysia, the Philippines, Singapore, Timor Leste and hosts Thailand in Group A.