Vietnam and China affirmed to continue promoting cooperation in less sensitive maritime issues during the ninth round of talks between their working groups held in Hanoi on September 18-21. 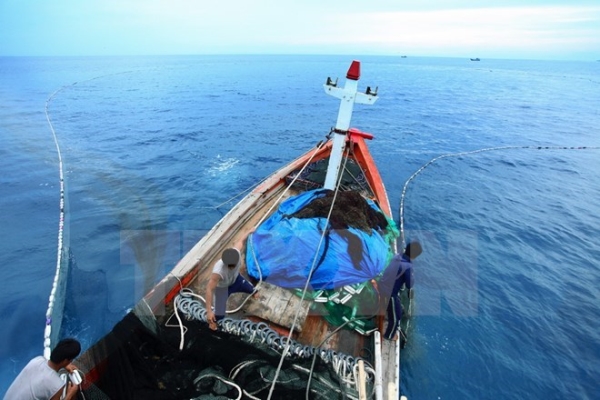 The Vietnamese working group to the event was led by Le Quy Quynh, Director of the Maritime Affairs Department under the National Boundary Commission of the Foreign Ministry. Meanwhile the Chinese side was headed by Zhoujian, a representative from the Department of Boundary and Ocean Affairs under the Ministry of Foreign Affairs.
At the talks, the two sides emphasised to strictly implement the common perceptions of the two countries’ senior leaders and the Vietnam-China agreement on basic principles guiding the settlement of sea-related issues.
They reviewed the implementation of cooperation projects in less sensitive issues they signed, including a project on a comparative study on Holocene-era sediments in the Red River Delta and the Chang Jiang River Delta, and another on the management of maritime and island environment in the Gulf of Tonkin.
Both sides also exchanged notes on other areas of cooperation.
The next meeting will be organised in China in the first quarter of 2017.
Deputy Foreign Minister Le Hoai Trung hosted a reception for delegates of the two working groups.