The week-long joint exercise came shortly after Putin spoke in support for China’s stance in the waters. 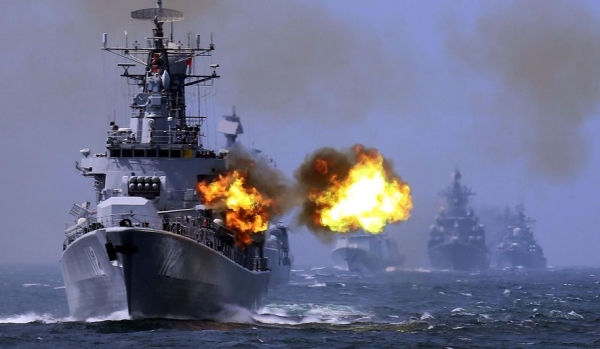 Vietnam’s foreign spokesman has called for peace maintenance in the region as China and Russia just conducted the first joint military exercise in the East Sea, internationally known as the South China Sea.

The spokesman said at a press briefing Thursday that all activities including military operations in the East Sea need to follow international regulations, particularly the United Nations Convention on the Law of the Sea (UNCLOS).

“Vietnam hopes that all countries contribute positively to the maintenance of peace and stability, and ensure air and maritime safety and security in the East Sea as well as the whole Asia-Pacific region,” Binh said.

China and Russia on Monday just wrapped up their first week-long military exercise off Guangdong.

The activity came after Russian President Vladimir Putin showed support for Beijing’s position in the East Sea during talks early this month.

The two leaders are said to have shared opinions that it is inappropriate for a third party to meddle in other countries’ affairs, the argument Beijing has used against U.S. involvement in East Sea territorial disputes.

An international tribune in the Hague on July 12 ruled that Beijing has no legal basis to claim historic rights to the East Sea resources. The ruling came after the Philippines filed a case in January 2013 accusing Beijing of violating the UNCLOS.