Việt Nam's access-to-electricity index in 2019 has improved, reaching the highest level so far with 82.2 points, according to the World Bank’s Doing Business report.

This has been the fifth consecutive year the ranking of Việt Nam has improved. The country’s ranking in access-to-electricity has also had the highest improvement in the region.

Việt Nam surpassed the Philippines, taking 4th position in the ASEAN region. The country has gradually improved its ranking on the index in 2013-19 thank to the continuous renewal process and implementing comprehensive solutions in electricity access. It jumped 129 positions from 156 to 27 in the period.

In Việt Nam, among 10 criteria assessing business environment, the access-to-electricity index has been in the group of three best indicators (following credit access and construction licences). At the same time, the index has the best evaluation score among 10 indexes in the country.

The continuous improvement of the index has affirmed efforts of the Electricity and Renewable Energy Authority, Electricity Regulatory Authority of Việt Nam (ERAV) and Vietnam Electricity (EVN) as well as the Government and the Ministry of Industry and Trade (MoIT) to bring better quality and services in power supply.

Factors for evaluation of the access-to-electricity index in Việt Nam have also improved quickly. The number of power administrative procedures was reduced from six to four while the working days to handle the procedures were also shortened from 115 to 31 days. Power supply reliability and transparency of electricity prices have already been on par with that of developed countries.

The number of procedures in the electricity industry in Việt Nam was similar to the average level of Asia-Pacific and OCED countries. The time for implementing the procedures was much better than the above mentioned countries.

However, the cost to connect to the grid in Việt Nam is still high due to the low income per capita. The reliability of electricity supply and transparency of electricity price were similar to OECD countries and higher than the Asia-Pacific region.

The MoIT is building procedures to submit to the Prime Minister for the promulgation of electricity supply mechanism to further improve the index. The mechanism is expected to reduce procedures and difficulties in accessing power in Việt Nam. 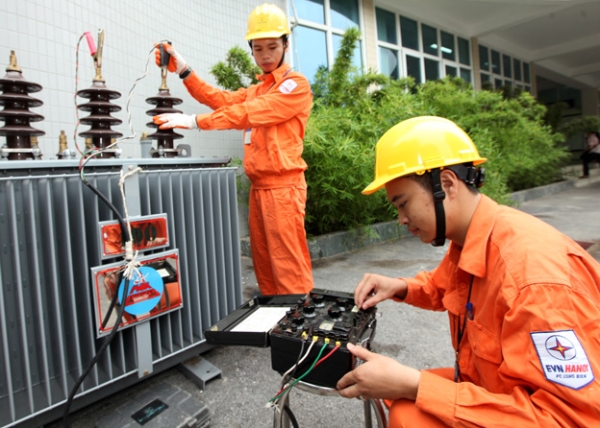 The MoIT and ERAV on Tuesday organised an online discussion to respond to questions relating to power tariffs and bills.

Nguyễn Anh Tuấn, director of ERAV, said there had not been an electricity price rise in recent days as mentioned on social media. The latest power tariff adjustment was on March 22, 2019.

The Government on April 9 decided to cut 10 per cent in power bills for organisations and households amid the COVID-19 pandemic with total amount of nearly VNĐ11 trillion (roughly US$472 million. The reduction would be applied for power bills of May, June and July.

According to EVN's calculations, when the outdoor temperature increases by one degree, the consumption of electricity will increase by 2-3 per cent depending on the type of air conditioners. If the temperature rises by five degrees, the power consumption increases by 10 per cent. The country is entering the peak time of hot summer. The electricity industry has issued many warnings and recommendations on the use of electricity for households to avoid a surge in their power bills.