HÀ NỘI — Việt Nam has lodged an official complaint with China following the sinking of a Vietnamese fishing vessel near the Paracel (Hoàng Sa) archipelago, the spokesperson of the Ministry of Foreign Affairs, Lê Thị Thu Hằng, said late Friday. 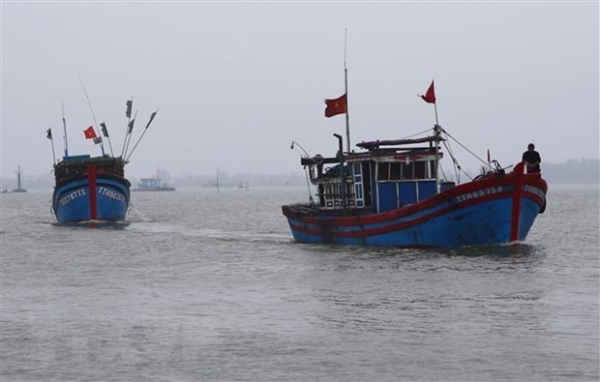 The Vietnamese vessel, number QNg 90617 TS, with eight fishermen on board, was fishing near Phú Lâm Island on April 2 when a Chinese marine surveillance ship hit and sank it.

Such an act by a Chinese marine surveillance ship violates Việt Nam's sovereignty over the Paracel Islands, causing damages, threatening the safety of life and the legitimate interests of Vietnamese fishermen.

It also went against the common awareness of the leaders of the two countries on the humane treatment of fishermen and the Agreement on the basic principles guiding the settlement of maritime issues in Viêt Nam - China, contrary to the spirit of the Declaration of Conduct of the Parties in the South China Sea (DOC), which complicates the situation and is not conducive to bilateral relations as well as the maintenance of peace, stability and cooperation in the East Sea.

According to information from the Vietnamese authorities, on April 3, 2020, eight Vietnamese fishermen aboard the QNg 90617 TS were safely rescued. — VNS