What stance should the US take in its dealings with China in the South China Sea? Considerations such as China’s threat potential and ideological factors are important determinants. 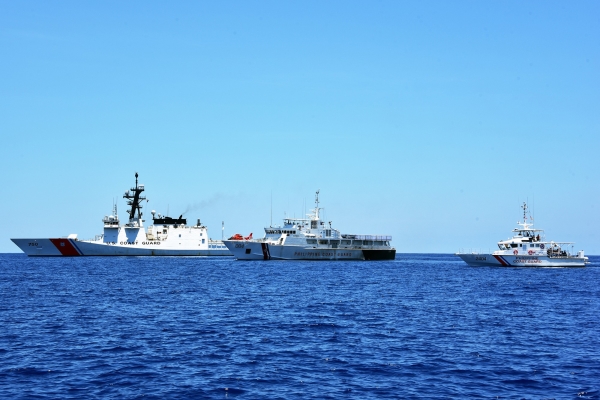 What stance should the US take in its dealings with China in the South China Sea? Considerations such as China’s threat potential and ideological factors are important determinants.

In early July, the Washington Post published an open letter titled “China is not an enemy.” Written by five China experts and signed by dozens of others, the letter provided seven reasons why the United States should avoid treating China as an existential security threat, and argued that US actions – such as the so-called “trade war” – were contributing to a “downward spiral of relations.” The backlash was swift: a second open letter implored the Trump administration to “stay the course” in confronting China’s “totalitarian expansion” imperilling the US and its allies. One opinion article rejected the “tired chestnut” that treating China as an enemy will ensure that it will become one. Another declared engagement with China “dead.”

In 2018, US Vice President Mike Pence argued that “a new consensus is rising across America… we will not relent until our relationship with China is grounded in fairness, reciprocity, and respect for sovereignty.” Is there a consensus on China? If so, how does it affect US approaches to the South China Sea (SCS)?

Proponents of the original letter suggest that a consensus is mythical as diverse opinions exist about America’s China policy in academic, think tank and business circles. However, whether a consensus exists depends upon where one looks: in the Trump administration and Congress, there is a general agreement on America’s broad confrontational stance against China. Democrats and Republicans alike wish to avoid appearing “soft” on China, reflecting political calculations that such an approach would be unpopular with voters. Key pieces of declaratory policy such as the 2017 National Security Strategy, 2018 National Defence Strategy, and the 2019 Indo-Pacific strategy report inculcate strategic competition narratives They counter Obama-era policies that believed engagement would encourage China to become a responsible stakeholder in the “rules-based order.”

While general agreement on the broad parameters of Washington’s China stance exists among policy-makers, it is nevertheless a time of transition. Uncertainty abounds about the specifics of engagement with Beijing in this new era of strategic competition. Two broad schools of thought have emerged: the first is a post-engagement “containment” model encapsulated in the emergent “new Cold War” narratives that compare the Chinese Communist Party with the Soviet Union and recommend a Kennan-style policy of “firm and vigilant containment.” The second is a limited engagement “constrainment” model, where engagement should not be entirely ruled out, but that China policy should be directed towards limiting China’s bid for regional hegemony and its capacities to challenge the US-led “rules-based order.” In other words, the US needs to find a way to both “challenge and coexist with China.”

US Perspectives on the South China Sea

Broader ideological views of the Chinese Communist Party shape interpretations of its actions, interests and objectives in the SCS. The second open letter, for example, bombastically argued that “the PRC does not recognize the principles and rules of the existing international order, which under a Pax Americana has enabled the greatest period of peace and global prosperity in mankind’s history.” While China’s actions in the SCS provide ballast for confrontational narratives, over recent years, it has been superseded in Washington by other pressing issues Such issues include trade tariffs and denuclearisation of the Korean peninsula, and is generally ranked lower in importance than Taiwan and the East China Sea.

There remains a diverse range of perspectives on the legal, strategic and political dimensions of the SCS disputes. US experts tend to agree that its primary interest is in freedom of navigation. Yet, there is disagreement on whether it is a vital interest: that is, whether the US would risk great power confrontation with China to protect its interests in the SCS.

The extent to which China has or is likely to threaten free trade and global commerce is another example. Some argue that China has never interrupted trade and it would be against its interests to do so. Others suggest China desires “a stranglehold over trade flows” and point to the “maritime militia” and the use of harassment tactics in fishing and oil and gas as examples of China’s willingness to impede commercial activities.

Whether China is strategically defensive or defensively offensive is also up for debate, as is the question of the “near seas” as sui generis or a testing ground for revisionism on a broader scale. Reclamation activities and military build-up within the first island chain are viewed by some analysts as inherently defensive, used primarily for surveillance and patrolling purposes. For others, they signify efforts to convert the SCS into a deep sea bastion for basing nuclear-attack submarines capable of launching missiles with nuclear warheads, and useful for forward deployments into other areas, such as the Indian Ocean.

Is the SCS already a “Chinese lake?” Some say yes. However, this is too dramatic: while the situation moves steadily towards Chinese advantage, it is not a lost cause. The question is what the US and its regional partners can and should do to defend the maritime rules under challenge. Beyond Freedom of Navigation operations – generally held to be a tactic, not a strategy – there are few palatable policy options for the US in these disputes. Ultimately, however, the shift in tone towards China in Washington may provide a conducive atmosphere for a more assertive stance on the SCS.

Dr Rebecca Strating is a lecturer in Politics in the Department of Politics and Philosophy at La Trobe University. She researches Australian politics and foreign policy, small states and maritime disputes in Asia-Pacific.