The pathway to settle the ongoing sovereignty disputes in the East Sea, also known as the South China Sea, requires the close co-operation of concerned parties in order to press China into stopping their illegal activities in the sea, a leading security expert from the Unites States has suggested.

This opinion was shared by Gregory Poling, Director of the Asia Maritime Transparency Initiative at the US-based Centre for Strategic and International Studies, at a recent online seminar. 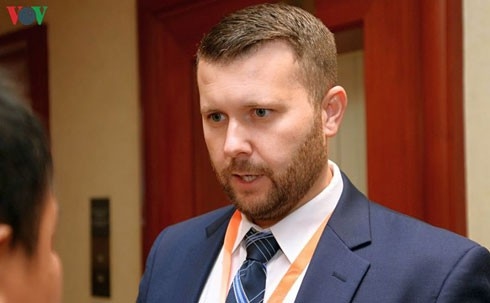 Poling suggested that the East Sea issue needs to be solved using a multilateral mechanism as opposed to unilateral actions taken by individual regional countries such as Vietnam, the Philippines, and Malaysia, or alternatively by countries outside of the region such as the US, Australia, and Japan, as they have little impact on China.

It is therefore very challenging to convince Beijing of the need for them to change their pathway in the East Sea through unilateral action, Poling stated.

According to the expert, regional countries must work to boost co-operation with China as a way of making them understand the benefits gained from such co-operation, while simultaneously forcing the northern neighbour to respect the legitimate rights of nations to exploit and protect natural resources and minerals in the East Sea. In addition, regional countries should take steps to increase pressure on the Chinese side for them to halt their aggressive behaviour in the East Sea as seen in the past.

Poling pointed out that with China successfully containing the novel coronavirus, it is likely that they will continue to initiate similar actions or even escalate tensions in the East Sea, while countries both inside and outside of the region struggle to cope with the disease.

Therefore, Poling has put forward the suggestion that regional countries must agree on what to do in order to deal with Chinese ambitions.

The solidarity of regional countries should be demonstrated in a timely and firm manner in an attempt to force China to be a more responsible member of the region and avoid them having their image undermined internationally, said Poling.

FONOP no longer effective
The seminar also saw plenty of international experts express their interest in US actions in the East Sea, including the deployment of warships to fulfil its mission of ‘freedom of navigation operations’ (FONOP) in the sea.

Despite this, Poling argued that, although the deployment of such warships is completely legal, FONOP can actually be considered as ‘not having much impact’ on the northern neighbour, along with receiving a mixed reaction from regional countries.

The Philippines, one of the closest allies of the US, represents a prime example of this. Over the years, the US has repeatedly carried out FONOP through waters belonging to the Philippines but did not move to prevent China from illegally blocking and occupying Scarborough Shoal.

Following this incident, the Philippines, in addition to many other US allies such as Australia, Japan, and the Republic of Korea, came to the conclusion that FONOP is not an effective way in which to force China to change its tactics in the East Sea.

Indeed, several countries believe that FONOP is just a way in which the US can display their own independent view and show they are not affected by China in terms of the East Sea issue. FONOP is therefore considered to be a necessary action, but one that is still not strong enough to counteract the recent Chinese escalations in the East Sea. 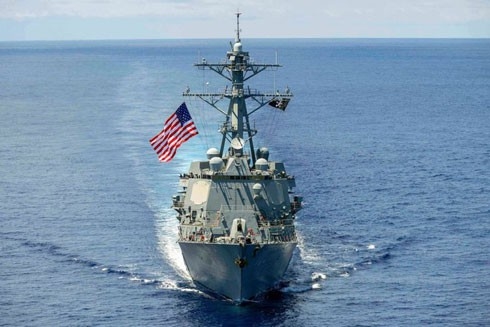 As a result, the US has yet to work out a concrete strategy to effectively deal with China in the East Sea, with FONOP merely being a symbolic act to show US commitment to key regional allies, said Poling, adding that this is also the reason why China has escalated its actions in recent years in order to fulfill its ambition of monopolising the East Sea.
The US expert noted that the current situation in the East Sea remains very serious, but not to the extent where it is irreversible. Despite this optimism, Poling warned both regional countries and the international community that they should take urgent action, and most importantly, must unite more closely in an effort to prevent Chinese wrongdoing before the issue gets out of hand over the course of the next decade.