The United States is continuing to strengthen its commercial relationship with Vietnam, a rapidly-growing country that offers U.S. businesses and workers substantial opportunities for expanded trade and investment, promoting economic growth and development, and supporting jobs. 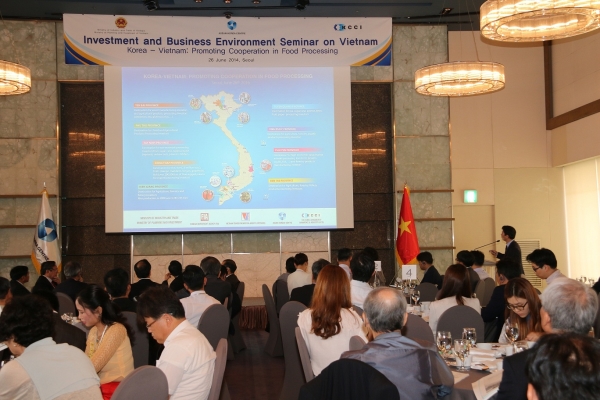 U.S.-Vietnam goods trade totaled $451 million in 1995, the year the United States and Vietnam normalized diplomatic relations, and since then has increased nearly a hundredfold to $45 billion.

Our relationship is diversifying:  U.S. export growth is high in sectors ranging from integrated circuits to civil aircraft, and cotton, dairy, tree/fruit nuts, and other agricultural products.  In the last five years Vietnam has developed an important role as a supplier of high-tech consumer products to the United States.

We are now taking the next step.  In addition to witnessing over $16 billion in deal signings to advance aviation and energy sector development in Vietnam and support tens of thousands of U.S. jobs, President Obama’s visit highlights our commitment in the following areas:

TPP is central to our goal of deepening the U.S.-Vietnamese economic relationship.  The Administration has made securing ratification of TPP a top priority and is working with Vietnam and other TPP partners to help them ensure timely and complete implementation of their TPP commitments.  TPP will create new opportunities for American and Vietnamese workers and businesses, including small businesses; promote innovation and the digital economy; foster fair competition, transparency, and good governance; and promote workers’ rights, conservation, and sustainable growth.  It also is a critical step toward our strategic goal of revitalizing the open, rules-based economic system that the United States has led since World War II.

The U.S. government will commit resources and technical expertise to support Vietnam and our other TPP partners to implement and effectively enforce the obligations of the agreement.  To support Vietnam, the United States is providing more than $30 million in capacity building assistance, which will include work to ensure freedom of association, including independent unions, and other internationally recognized labor rights; protection and enforcement of intellectual property; and environmental protection and sustainable growth.

U.S. foreign direct investment in Vietnam grew to $1.5 billion in 2014 and has been complemented by U.S. corporate citizenship investments in Vietnam’s communities and environment.  U.S. firms in Vietnam uphold high standards of corporate citizenship by investing in the communities and environment in which they do business.  For example, U.S. companies in Vietnam have trained hundreds of engineers on environmental protection and sustainable development, donated over $12 million in software and services to support hundreds of non-governmental organizations, and enhanced the skillset of tens of thousands of teachers and students in the use of information and communication technology. The U.S. government is committed to supporting public-private partnerships that encourage corporate social responsibility by U.S. firms:

Numerous U.S. companies are collaborating on a new USAID alliance with Harvard Medical School and two Boston-area hospitals to improve the quality and effectiveness of medical education in Vietnam, including in areas relevant to the Global Health Security Agenda.

In 2016, Cargill Vietnam won the U.S. Secretary of State’s Award for Corporate Excellence for its long-term commitment to investing in its farmer-partners, supporting community health, and training over 12,000 farmers in sustainable production techniques.  Cargill Vietnam’s Cargill Cares school building program has built and delivered 76 schools across rural communities, benefiting more than 13,000 children per year.

A Whole-of-Government Approach to Partnership

The United States employs a whole-of-government approach to support U.S. exports to and investment in Vietnam, including programs that promote sustainable and inclusive economic growth, encourage legitimate and accountable governance while addressing trade barriers, support corporate social responsibility, and strengthen the rule of law and business climate.

Through U.S.-ASEAN Connect, the U.S. government will work with Vietnam and other members of the Association of Southeast Asian Nations (ASEAN) to foster the policy environments that promote ASEAN economic integration, increase trade and investment, assist the development of clean energy and energy connectivity, and spur sustainable, innovation-led economic growth.

USAID’s economic growth and governance programs will support Vietnam’s efforts to promote greater transparency and accountability, economic openness, competition, and the rule of law in economic affairs.  USAID has contributed to over 150 laws and related regulations and decrees, and assisted more than 50 Vietnamese government agency counterparts in the legal and economic reform process.

The U.S. Department of Commerce will work alongside the U.S. private sector to assist Vietnam in developing the strong infrastructure the country requires to meet its goals of economic modernization by 2035.  The Department commits to arranging annual private sector meetings with the appropriate ministries, in addition to continuing its infrastructure-focused conferences in areas such as healthcare, aviation, smart cities, and clean energy.

The U.S. Department of State has contributed to Vietnam’s development of a science-based regulatory system to address trade and food security issues including on agricultural biotechnology through activities that have reached hundreds of Vietnamese policymakers, scientists, academics, and journalists.

U.S. Department of the Treasury

To build a more transparent and accountable financial reporting infrastructure, the U.S. Department of the Treasury’s Office of Technical Assistance (OTA) will continue to provide Vietnam’s Ministry of Finance technical assistance toward the creation of country-wide training programs on International Public Sector Accounting Standards; accounting resources and tools, including financial statement reports and templates; and user guide manuals that will document the Whole-of-Government consolidated financial statement preparation process.

Since 2009, EXIM Bank has authorized over $800 million in loans, guarantees and insurance to support U.S. exports – from businesses large and small – to Vietnam.  These exports have supported U.S.-Vietnam economic engagement across multiple sectors including renewable energy, aviation, and manufacturing.  These U.S. exports not only support thousands of jobs in the United States, but also create jobs and boost infrastructure investment in Vietnam.

USTDA will continue to connect U.S. businesses to priority projects in Vietnam’s clean energy, information technology, transportation, and water sectors.  By building mutually beneficial partnerships that leverage capital for Vietnam’s infrastructure development, the Agency will expand upon the $3 billion in U.S. exports that it has already helped facilitate to Vietnam.

USTDA is committed to helping strengthen Vietnam's aviation safety oversight.  In the energy sector the Agency is facilitating the development of 470 megawatts of wind power generation, which could leverage over $1 billion in investment.  In urban transportation, USTDA is supporting a $100 million information and communication technology deployment for the Ho Chi Minh City metro rail system.

To support Vietnam’s shift from coal-fired power generation, USTDA will sponsor a natural gas reverse trade mission to the United States in fall 2016.  The visit will highlight the United States’ experience in the construction, operation, maintenance, and refurbishment of gas-fired power plants and related infrastructure.

Through its Global Procurement Initiative: Understanding Best Value (GPI), USTDA will partner with the Ministry of Planning and Investment to design a database to track and monitor the performance of contractors who provide billions of dollars in goods and services to the Government of Vietnam each year.

As the U.S. government’s development finance institution, OPIC will leverage its newly opened office in Southeast Asia to unlock opportunities that support Vietnam's economic development through private sector investment in all sectors, with particular attention to renewable energy and aviation infrastructure.

Since 2003, OPIC has provided more than $40 million in financing and insurance support to seven projects in Vietnam.  OPIC’s investments have cut across sectors, including communications, manufacturing, consulting and economic development services, aquaculture, and power generation.