Domestic and foreign visitors flocked to tourist attractions across Vietnam during the April 30-May 1 holidays. 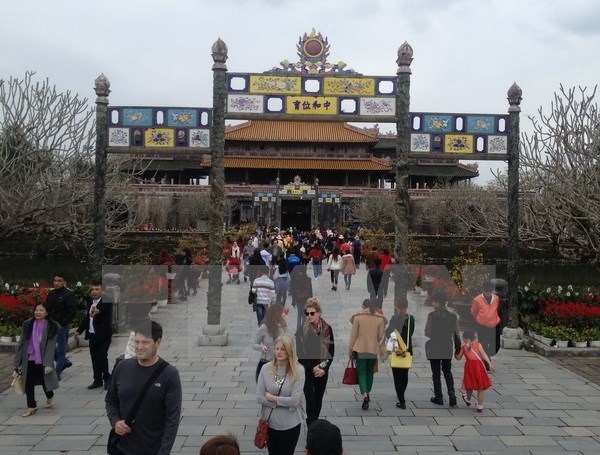 The central province of Thua Thien-Hue welcomed 280,000 tourist arrivals to its Complex of Monuments on April 30 and May 1, of whom 68,000 are foreigners, up 25 percent year-on-year.

As of April 30, the complex had served more than 1 million visitors, earning 110 billion VND (4.8 million USD) from selling tickets and services.

Meanwhile, many tourists chose beauty spots in the northern province of Hai Duong.

Historical relic sites in the northern province of Dien Bien were also attractive to holiday-makers.

According to statistics from the local tourism sector, more than 20,000 people visited the Dien Bien Phu Battlefield relic sites.

Tourist attractions in the southern province of Bac Lieu also saw an increase in the number of visitors during the holidays.