As mysterious as it is mesmerizing, Ha Long Bay is one of Vietnam's beautiful tourist attractions. Writer Henrylito Tacio pays this location a visit, and shares his experience here 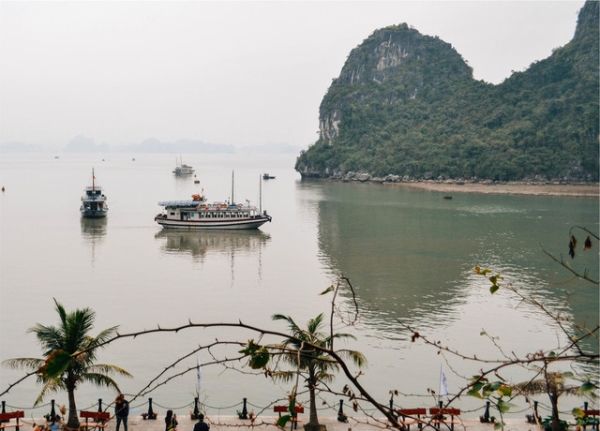 I was still in the United States when I first saw Ha Long Bay in one of television channels. Some of my friends who had visited the place told me that it was as mysterious as it was mesmerizing.

And so when I received the communication from the Philip Morris Fortune Tobacco, Inc. (PMFTC) that the Asian trip of the 2015 winners of the 9th Bright Leaf Agriculture Journalism Awards would be in Hanoi, Vietnam and one of the tourist attractions to be visited was Ha Long Bay, I was totally excited.

It was on the third day of our stay in Hanoi that the trip to Ha Long Bay was scheduled. We left very early morning. Although it was only 165 kilometers away from Hanoi, the trip took us 4 hours via the Red River Delta. “It is because of the traffic,” explained Hung Nguyen, our tour guide.

Some of us slept during the trip but I was totally engrossed. It’s the 4th World Heritage designated by the United Nations Educational, Scientific, and Cultural Organization (UNESCO) on my bucket list. Among those I had visited were the rice terraces of Banaue, Philippines, the Angkor Wat in Siem Reap, Cambodia, and the Great Wall of China in Beijing.

We had two stopovers: the first time, where we had our snack and the second time was in an area where we learned to know how pearls were cultured. 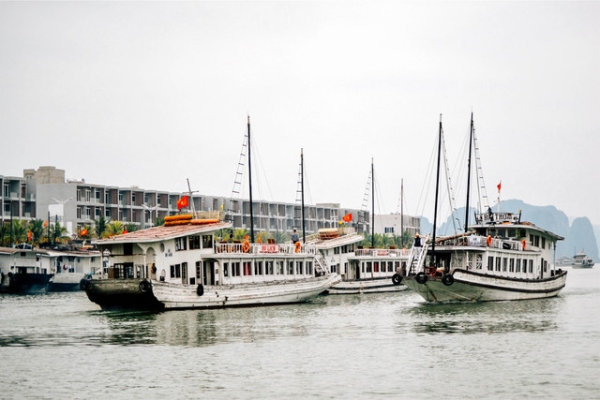 It was almost lunch time when we arrived at the starting point of our Ha Long Bay tour. There were so many buildings and beach resorts. It reminded me my trip to Cairns, Australia when we had an opportunity of going to Great Barrier Reef.

“It is either we go ahead climbing the Dong Thien Cung cave first or we eat our lunch,” Hung asked the group. But he suggested doing the former before the latter so we wouldn’t be heavy in scaling the 100-step stairs.

Soon, we boarded the deluxe boat that would bring us to one of the islands of the Ha Long Bay. I went straight to the upper portion of the boat and everyone followed me after that. “This is worth our trip,” said Ruben Gonzaga, the host of ABS-CBN’s Agri Tayo Dito.

After hitting the shoreline of the island where the Dong Thien Cung was located, we immediately gathered together. As we climbed, I started counting the number of steps. When we reached the 50th step, we stopped and had our souvenir picture taken. 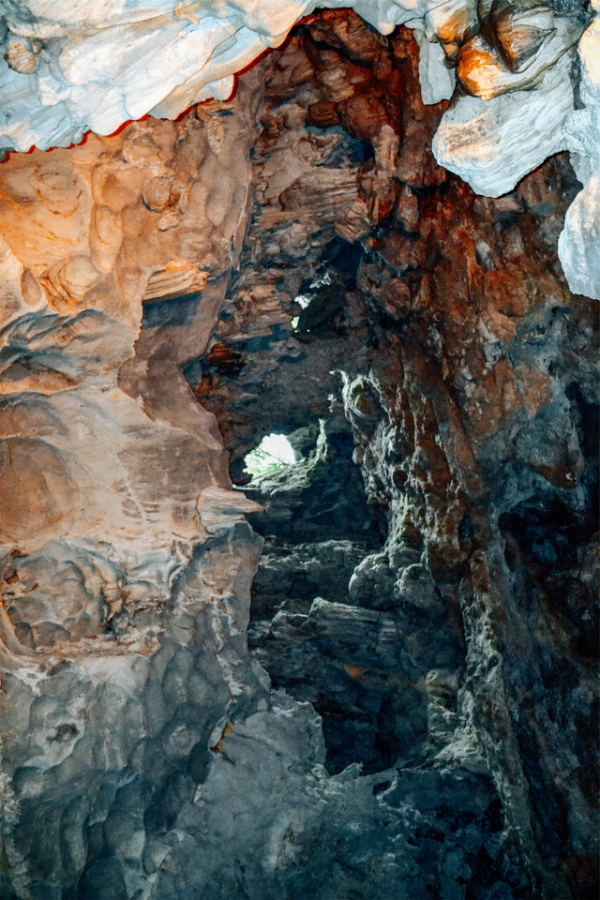 I was totally captivated by what I saw inside the cave. Colored lights were used to make the different forms of stalagmites truly enthralling.

“When the French left the country, they never told us that this cave existed,” Nguyen said. “It was a fisherman who discovered this place. He was trying to find a place where he could keep himself dry from the rain. He saw a small hole and went inside. And the rest was history.”

Ha Long Bay is located in the Gulf of Tonkin, within Quang Ninh Province, in the northeast of Vietnam. Covering an area of 43,400 hectares and including over 1,600 islands and islets, most of which are uninhabited and unaffected by humans, it forms a spectacular seascape of limestone pillars and is an ideal model of a mature karst landscape developed during a warm and wet tropical climate. The property’s exceptional scenic beauty is complemented by its great resources.

In 2000, UNESCO added Ha Long Bay in its World Heritage List, according to its outstanding examples representing major stages of the Earth’s history and its original limestone karstic geomorphologic features.

“Comprised of a multitude of limestone islands and islets rising from the sea, in a variety of sizes and shapes and presenting picturesque, unspoiled nature, Ha Long Bay is a spectacular seascape sculpted by nature,” UNESCO said in its website.

Legend says that dragons descended to help defend the people of Vietnam against conquerors, and that the beautiful islands were once emeralds from the mouths of dragons.

The Lonely Planet wrote: “Ha Long translates as ‘where the dragon descends into the sea’ and legend tells that this mystical seascape was created when a great mountain dragon charged towards the coast, its flailing tail gouging out valleys and crevasses. As the creature plunged into the sea, the area filled with water leaving only the pinnacles visible.”

Back on our boat, we had our lunch and then after a while, we went out as the boat was cruising the stunning area. We took photos and marveled at God’s creation.

Truly, it was a quite an experience to be among these great natural wonders. And indeed, the majestic location calls to mind the legends of the past.