The Vietnam news Agency (VNA) has selected the top 10 events that shaped the country in 2019. 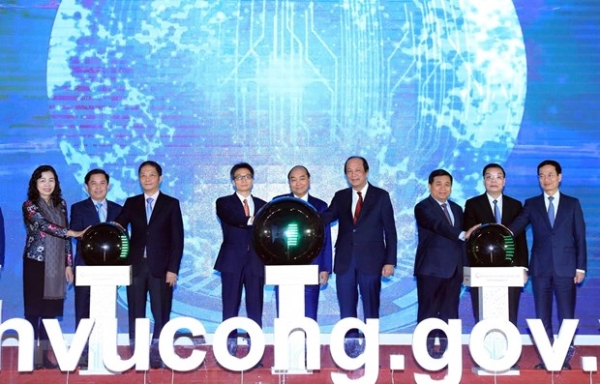 1. Vietnam among countries with highest GDP growth rate in region

In 2019, Vietnam recorded a GDP growth rate of 7.03 percent despite growing strategic competition in the region and the world. This is the second straight year it has fulfilled all 12 targets set by the National Assembly, including a record trade surplus of 9.94 billion USD, low budget overspending, and inflation under 3 percent. This is also the fourth consecutive year inflation has been kept under 4 percent. Notably, Vietnam jumped 10 places in the World Economic Forum’s annual Global Competitiveness Report, becoming the most improved nation in the rankings.

On September 23, the Politburo issued Regulation 205-QD/TW on the control of power in personnel work, which identifies acts of illegal lobbying for promotion, and covering up and abetting illegal lobbying for promotion. The regulation also specifies the responsibilities of relevant organisations and individuals, along with penalties for the covering up and abetting of such lobbying.

As preparations are being made for all-level Party congresses towards the 13th National Party Congress, the implementation of Regulation 205 will help select qualified personnel with sufficient capacity and reputation for the leadership apparatus in the coming tenure.

On December 9, the national public service portal was officially put into use, marking an important milestone in the implementation of an e-Government that centres on people and businesses. By going to a single address (http://dichvucong.gov.vn) and using a single account, people and businesses can access all public service portals at ministerial and provincial levels to handle public services online, follow procedure settlement processes, assess settlements, and send feedback regardless of time or place.

On June 7, at the 73rd session of the UN General Assembly, Vietnam won the support of 192 out of the 193 UN members to become a non-permanent member of the UN Security Council for the 2020 – 2021 term. This result showed the international community’s trust and high evaluation of the country’s active, practical and responsible contributions to the UN in general, and the UN Security Council in particular.

The Vietnamese Government pledged to fulfill its roles as the council’s non-permanent member and as ASEAN Chair in 2020, thereby deserving the international community’s trust and further contributing to regional and global peace, stability and prosperity. 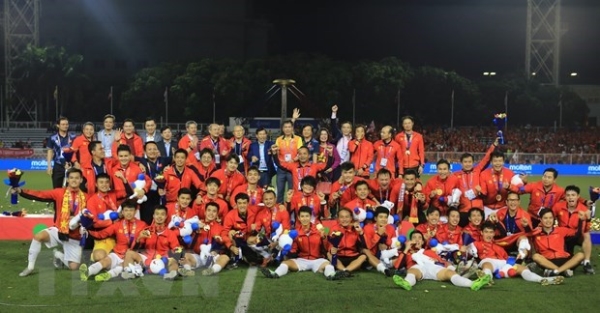 The men’s U22 team won the gold medal at SEA Games for the first time (Photo: VNA)

With a record of 98 gold, 85 silver and 105 bronze medals, beyond the target of at least 65 gold medals, Vietnam ranked second at the 30th Southeast Asian Games (SEA Games 30) that took place in the Philippines from November 30 to December 11. Particularly, in football, the men’s U22 team won the gold medal for the first time while the women’s national team obtained their sixth at the tournament.

Hanoi was chosen as the venue for the second US – DPRK summit on February 27 – 28. By ensuring the thoughtful and safe organisation of the event, Vietnam demonstrated itself as a responsible nation helping to guide international relations and actively contributing to global and regional peace. The country was once again recognised as a safe, impressive and hospitable destination that has sufficient conditions and experience to host big international events.

On October 23, 39 people were found dead in a refrigerated container truck in Essex county, northeast of London, the United Kingdom. Shortly after all the victims had been identified as Vietnamese, the Government directed competent agencies to take all appropriate citizen protection measures to bring them home. The identification, citizen protection and transportation of the victims’ bodies and ashes were carried out in a humanitarian spirit and in line with international law, as well as the laws and customs of Vietnam and the UK.

The Vietnamese Government strongly condemned people trafficking and illegally sending people abroad. It called on countries in the region and around the world to press on with cooperation to resolutely prevent and eradicate this particularly dangerous crime to avoid similar incidents, and finalise investigations to prosecute those responsible in an open trial.

On February 19, the Ministry of Agriculture and Rural Development officially reported the first-ever appearance of African swine fever in Vietnam. This is a dangerous disease with no vaccine or treatment currently available. The whole political system has taken drastic actions to fight the epidemic. By mid-December, nearly 6 million pigs weighing over 342,800 tonnes had been culled, accounting for about 9 percent of total herds nationwide. The epidemic has led to a pork shortage, pushing pork prices up in the final months of the year.

A factory fire at the Rang Dong Light Source and Vacuum Flask JSC in Thanh Xuan district, Hanoi, released 15.1kg – 27.2kg of mercury into the environment. Waste dumping that polluted the Song Da Water Investment JSC resulted in a clean water crisis in many districts of Hanoi for many days. Serious air pollution in big cities like Hanoi and Ho Chi Minh City has negatively impacted people’s health and living environment. Authorities failed to respond in a timely manner, thus affecting people’ lives.

In 2019, disciplinary measures and criminal punishments have been considered and issued for many Party organisations and senior officials found guilty of committing violations, including a former deputy prime minister, former ministers, incumbent and former deputy ministers, vice secretaries of provincial Party Committees, chairpersons of provincial People’s Committees, incumbent and former secretaries of Party Committees, former executives of State-owned enterprises, Party units at ministries, and the standing boards of Party Committees of provinces and State-owned firms. The strict handling of Party cadres and organisations that committed violations has continued to affirm the Party’s viewpoint that there are no “off-limits” zones in the fight against corruption and negative phenomena, while reflecting the resolve to ensure Party discipline, purify the apparatus, and regain and consolidate the people’s trust./.