“The Trans-Pacific Partnership (TPP) is the first trade agreement to subject Vietnam to enforceable labor commitments.” 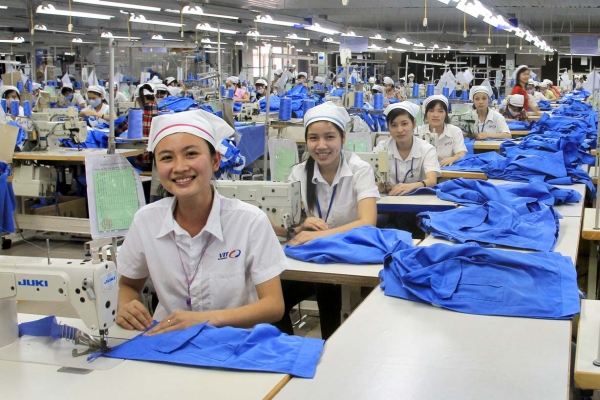 In the last decade, free trade agreements (FTAs) have expanded to cover more than traditional commercial matters like tariff reductions. Recent FTAs have increasingly included labor requirements to protect workers, especially in countries where companies pursue low-cost production through depressed wages, poor working conditions, and other subpar labor standards. This has dramatic effects on countries like Vietnam, where I have practiced law for 20 years. But even though FTAs regulating labor matters have increased dramatically in recent years, from four agreements in 1995 to 72 by 2015, Vietnam has refused to commit to labor requirements in FTAs — until now.
The Trans-Pacific Partnership (TPP) is the first trade agreement to subject Vietnam to enforceable labor commitments like freedom of association, collective bargaining, and minimum work conditions. Additionally, Vietnam signed a labor implementation plan with the United States that identifies specific actions needed to comply with TPP and which are subject to an additional layer of enforcement. It is clear TPP lives up to its name as a “21st century agreement,” enacting the strongest labor provisions of any trade deal, giving the opportunity to improve living standards and the quality of work for Vietnam’s people. These advances range across a number of different areas:
Freedom of Association
The most far-reaching change to Vietnam’s labor landscape is on freedom of association. Currently, Vietnam only recognizes a limited right to organize. Vietnam’s Trade Union Law states that a trade union is a “socio-political organization of the working class and laborers… part of the political system of the Vietnamese society, placed under the leadership of the Communist Party of Vietnam.” As such, Vietnam does not have a pluralistic union regime. In other words, workers are not allowed to establish more than one trade union focused on protecting their interests regarding their employment. Instead, the only option is to join the one trade union available, Vietnam’s General Confederation of Labor (VGCL), under the direction of the Communist Party.
The VGCL has poorly represented and protected the rights and legitimate interests of its members and workers. In my time here, we have barely seen the presence of VGCL in demonstrations and strikes for social insurance or payment of backwages to hundred of workers when enterprises close down. This inaction is due to the lack of independence and representation in trade union leadership. Essentially, members of VGCL from the district level all the way to the top are government officials instead of workers. This will change with the TPP.
Article 19.3 requires all TPP parties to adopt and maintain regulations that comply with the International Labor Organization’s Declaration on Fundamental Principles and Rights at Work, including freedom of association. This broad requirement is detailed in the U.S.-Vietnam Plan for the Enhancement of Trade and Labor Relations, which lays out the statutes and language for Vietnam to come into compliance with the TPP. Key reforms include provisions that ensure all workers be permitted to “form a grassroots labor union of their own choosing … without prior authorization” and with the right to “autonomously elect its representatives.” This means that workers can finally organize unions independent from the VGCL that are run by workers. This is significant because it empowers employees to protect their own interest — particularly when it comes to collective bargaining.
Collective Bargaining
Collective bargaining is the negotiation between the representatives of the labor collective and the employer to establish working conditions formalized in a collective labor agreement (CLA). As a result, a CLA between employees and employer will define working conditions, labor usage, and obligations of each party in their employment relationship. The CLA serves as the basic document detailing legal requirements in each enterprise and grants workers the chance to negotiate with their employer for labor terms better than statutorily required. As such, a CLA is critical in an employment relationship.
Given their importance, many enterprises in Vietnam have prepared and implemented CLAs. However, many enterprises often use CLAs to temporarily deal with pressure from authorities and include terms contrary to or less favorable than statutorily required. The reason for such low-quality CLAs range from a lack of awareness of procedure to government influence on self-selected union leaders. Given the wide range of issues preventing high-quality CLAs in Vietnam, the TPP makes a number of important reforms.
Article 19.3 requires all TPP parties to adopt and maintain regulations for the “effective recognition of the right to collective bargaining.” Moreover, the TPP supports better negotiating outcomes by ensuring unions can consult “international worker organizations” regarding labor union activities like collective bargaining andsecuring autonomy of grassroots labor unions from upper-level unions. Combined with the protection for independent association, the TPP gets to the heart of the system plaguing collective bargaining from adequately serving worker’s interests in Vietnam–setting the regulatory framework for improved labor conditions.
Enforcement
Vietnam is held accountable to these labor commitments through TPP’s enforcement mechanism. Like all TPP partners, Vietnam is subject to dispute settlement with the weight of trade sanctions if it systematically fails to uphold its commitments under the Labor Chapter. More significantly, the details in the implementation planmust be completed before any benefits of the trade agreement can flow to Vietnam. Therefore, there are two layers of enforcement specifically for labor obligations: one to facilitate rapid regulatory reform, and another to maintain compliance.
With this comprehensive approach, I am optimistic the TPP will bring positive changes to the labor environment in Vietnam over the next five years. When labor unions finally speak with the voices of workers, there will be improvement in living standards and individual rights. This is exactly what the TPP promises. As such, both the United States and Vietnam must urgently take action to pass the TPP and seize the opportunity for a better civil society in Vietnam.