The congress took place in Hanoi from December 14-16, 1976. Attending the meeting were 1,008 official delegates representing more than 1.55 million Party members nationwide and as many as other international organizations and delegations attended the congress. 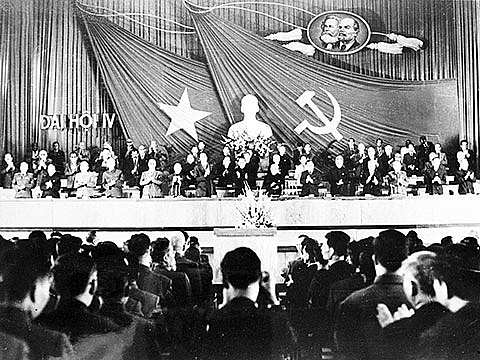 - The common line of socialist revolution.

- The path of economic construction in the period of transition.

The Congress approved a Political Report, a Report on the main directions, tasks and criterias of the 5-year plan (1976-1980), a Report reviewing on Party building work and the revision of the Party Rules.

Notably, at this Congress, delegates agreed to rename the Vietnam Workers' Party to the Communist Party of Vietnam.