The Congress took place on 12-19 January 2011 in Hanoi. Attending the meeting were 1377 delegates, representing for more than 3.6 million party members in the country.

The 11th Party Congress decided the overall objective of the Strategy including: To strive for ours to become basically an industrialized country toward modernity by 2020; social and political stability had been maintained, democracy and discipline had been reached consensus; material and spiritual life of the people had been significantly improved; independence, sovereignty, unity and territorial integrity had been upheld;  our country’s international status and prestige had been heightened that forming a solid base for greater growth of the later period.

The congress agreed to approve very important, strategic and long-term documents for our country's development: Platform for building the country in the period of transition to socialism. (Supplement and development in 2011), Socio-economic development strategy for 2011-2020, directions and tasks for 2011-2015 and Party's Charter (supplement and amendment). 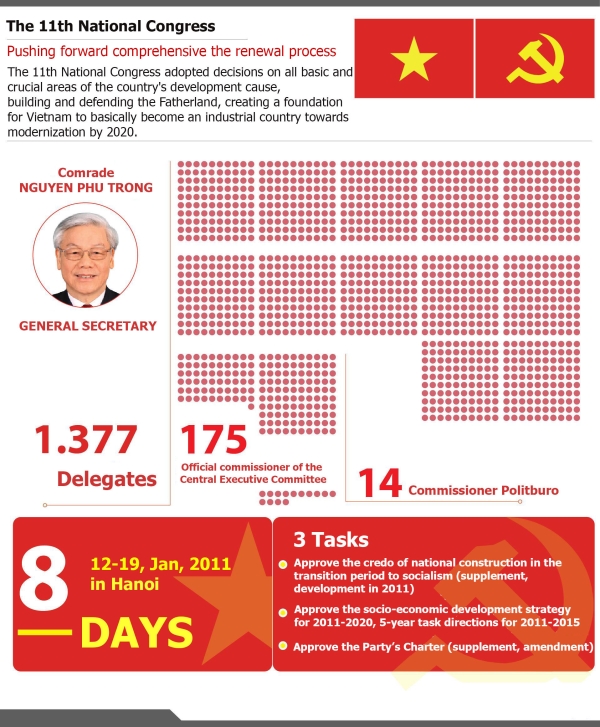