To rehabilitate the aquatic resources in the central provinces, it would be better to create artificial reefs as ‘houses’ for creatures, according to Nguyen Trong Luong from the Nha Trang University’s (NTU) Institute of Marine Science and Fishing Technology. 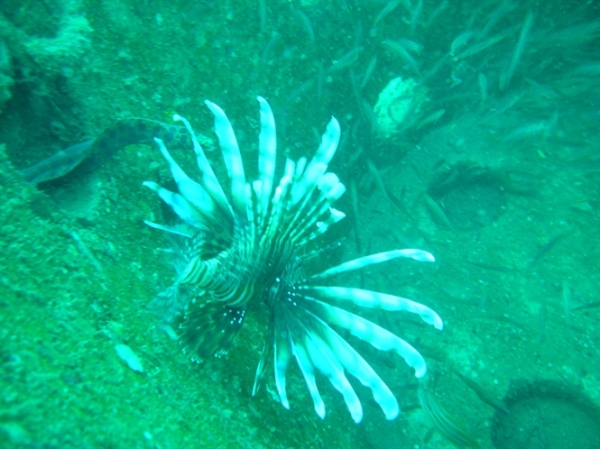 With modern fishing technology, aquatic creatures in the oceans, no matter whether they live onshore or offshore, in the surface, middle or the bottom layer, or in mud or cave, can be caught by people. The overexploitation has not only disrupted the ecological balance, but also destroyed the habitats of aquatic creatures and reduced the likelihood of the natural resources creation.
Many solutions have been applied in the world in order to minimize the impact of the human’s activities on aquatic resources. One of the highly appreciated solutions is creating artificial reefs.
Artificial reefs are the ‘house’ in a certain sea area for fish to live, created by natural or man-made things. The things dropped into the seabed in order to change physical and marine conditions, to create the residence for fish and generate the stand to restore corals.
In some countries, people began building artificial reefs many years ago to renew their aquatic resources. Artificial reefs can be created from many different materials, either by sunk old train carriages and cars or ships, stones and tires.
However, most artificial reefs are precast concrete blocks with suitable space for sea creatures to reside.
Scientific research works all found that the shape, structure and materials of artificial reefs play important roles in attracting sea creatures. Large reefs usually can attract large creatures
The study indicates that, shape, texture, and materials to create artificial reefs have substantial effects on the creatures attracted to living in reef areas. In particular, large-scale reef fish can often have more large-sized living and development.
In Vietnam, scientists have been focusing on creating reefs to restore coral ecosystem.

In 2003, the Oceanography Institute tried to grow coral on concrete blocks in Binh Dinh province. In 2006-2008, it grew corals on concrete blocks in Quang Nam province.
The results were very satisfactory: after one year, the coral reefs developed well with the high survival rate of 82.5 percent,  the reefs could grow by 5-6 cm a year.
In 2006, the institute tried to restore a part of the coral reef at the Hon Mun Natural Resource in Nha Trang Bay. To date, the corals have been fully covering the artificial reefs at Hon Mun, thus allowing biodiversity to develop well.
In 2011-2013, scientists conducted a research work on building an artificial fish ground in Ninh Thuan province to protect, restore and develop aquatic resources.
The researchers used 300 concrete reefs to build an artificial fish ground.