Vietnam’s total gross domestic product (GDP) increased by 25.4 percent per year for the 2011-17 period after calculation was revised. 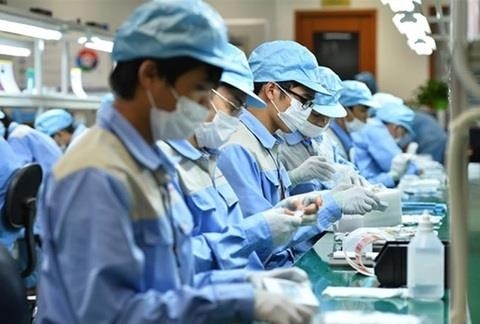 Vietnam’s total gross domestic product (GDP) may increase by 25.4 percent per year for 2011-17 period after calculation is revised. (Photo: tienphong.vn)

The estimate was made two weeks after the revision plan was announced in mid-August.

The revision could boost the country’s total GDP and per-capita GDP, bringing changes to the Government’s socio-economic development policies in the future and have an impact on household spending as Vietnam approaches the upper-middle income level.

It will not change Vietnam’s GDP growth targets and its socio-economic development plans as changes of GDP growth rates are minimal in recent years.

There will be opportunities to expand State budget income and Government’s spending. In addition, increased total GDP and per-capita GDP may boost Vietnam’s activities and efforts in the organisations to which the country is a member.

According to GSO chief Nguyen Bich Lam, the revision would bring Vietnam’s GDP calculation more in line with international standards. This is the second time the GSO has conducted a review of GDP calculation. In 2013, the bureau revised Vietnam’s GDP for 2008-12 in which it re-evaluated economic activities of banking and finance, insurance and real estate sectors.

“As Vietnam is developing a 10-year socio-economic development strategy for 2021-30 and a five-year plan for 2021-25, it (the revision) will help the Government address the country’s future path in 5-10 years,” Lam said.

GDP revision is common around the world but two-digit post-revision GDP growth rate has often happened to emerging economies such as Zambia (25 percent), Ghana (60 percent) and Nigeria (59.5 percent).

In developed economies, revised GDP growth rates have only increased by a few percentage points such as the US (3.6 percent). China’s revised GDP for 2013 and 2015 rose 3.4 percent and 1.3 percent while Germany’s figures for 2013-14 were up 3 percent and 7 percent.

In Southeast Asia, Indonesia in 2015 recorded that its revised GDP growth rate was up 6.45 percent.