Prime Minister Nguyen Xuan Phuc on May 16 visited the central province of Thua Thien-Hue to inspect the compensation payments for local fishermen affected by the Formosa-related marine environmental incident and residents’ efforts to stabilise their lives. 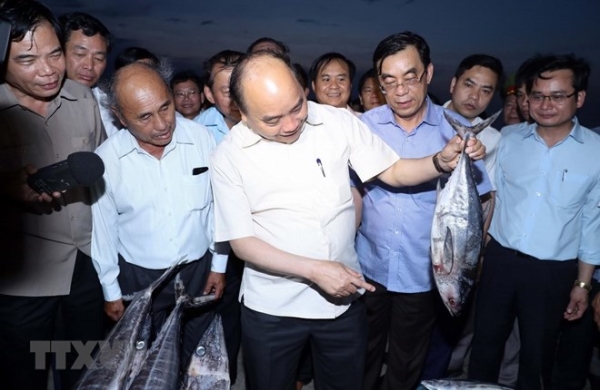 PM Phuc lauded the province for completing the compensation payments as directed by the government to help local residents stabilise their lives soon.

He asked the provincial authorities to provide more vocational training for local residents in other fields besides seafood catching such as garment-textiles, footwear, labour export, and tourism. 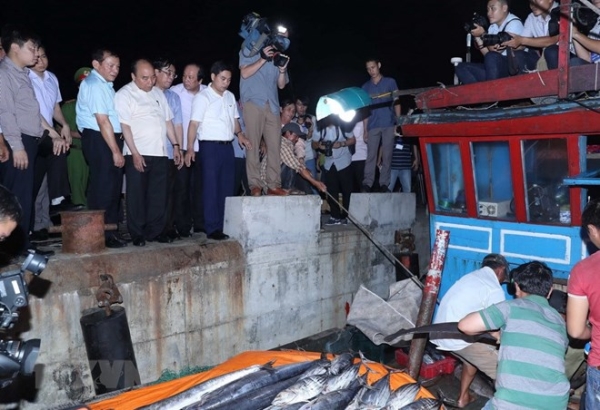 Local fishermen expressed their satisfaction over the State’s compensation and assistance.

The PM asked Quang Tri authorities to increase support for fishermen to improve their fishing activities.

As scheduled, the government leader will chair a national conference reviewing the performance of the steering committee for solutions to stabilising lives, production and business for people in the four central provinces affected by the incident.