Prime Minister Nguyen Xuan Phuc chaired a working session in the northern province of Yen Bai on July 24 between the 13th National Party Congress’s sub-committee on socio-economic affairs and leaders of 12 localities. 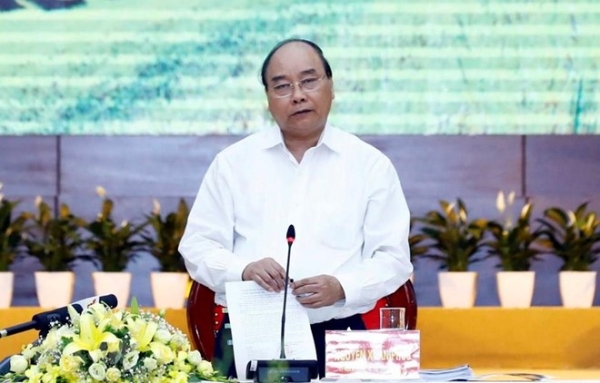 He lauded 11 provinces and Hanoi for their socio-political stability, sustainable economic growth and high revenues to the State budget. The rate of poor households in many localities has been reduced to 4-6 percent.

The leader highlighted the northern mountainous region’s important role in protecting ecological environment and directing water for daily use in the Red River Delta and the capital city.

According to him, education remains poor in the region so that more efforts should be taken to fix it.

About regional development orientations, he proposed expanding cooperation with not only Hanoi but also other regional markets.

He assigned the Transport Ministry and the Government Office to collect feedback to deal with regional infrastructure issues.
(Vietnamplus)
Tweet