Phong Nha - Ke Bang can be compared to a huge geological museum thanks to its complicated geological structure with different categories of stone including sandstone, quartz, schist, siliceous limestone, granite, granodiorite, diorite, applet, pegmatite, etc. Phong Nha-Ke Bang is the oldest and largest tropical karst formed 400 million years during the main geological periods of the Earth, bearing the original topographic and geologic characteristics. Experiencing major tectonic phases, high mountain ranges and the depressed sedimentary basins were formed. These fluctuations have also contributed to the diversity of geology, topography, geomorphology. 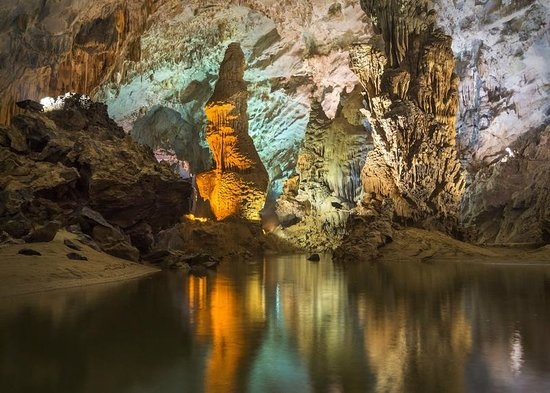 Phong Nha - Ke Bang karst mountains can provide a lot of valuable information about the Earth's prolonged geological process through various periods, from the Ordovician Age - Silurian Age (about 463.9 - 430 million year ago) to the Quaternary Age (1.75 million years ago). It is also noteworthy to mention a geological characteristic – the system of underground rivers and grottos in limestone mountains.

In the non-karst geomorphologic area, there are many low mountains covered by a floristic carpet. The erosion has created a number of abrasion-accumulation terraces along the valleys of the Son and Chay rivers and at the margins of the central limestone massifs. The transition terrain consists of a diversity of rock intercalated by limestone mountains.

Besides the historical value of geology, topography, geomorphology, Phong Nha - Ke Bang is also favoured with the mysterious and majestic landscapes by nature. The Phong Nha - Ke Bang Natural Park still hides various myths of nature. It also has spectacular karst caves formed for hundreds of millions of years. 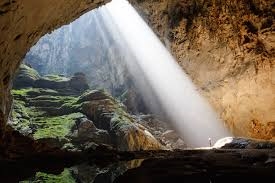 Locating in the area with a high average rainfall, however, few rivers and streams can be seen because water is absorbed to run inside limestone mountains. Therefore over tens of million years, water has eroded rocks, creating numerous caves in the area. Phong Nha - Ke Bang area is noted for its cave and grotto systems as it is composed of 300 caves and grottos, divided into three main systems: Phong Nha Grottos, Vom Caves, and Ruc Mon Caves.
The Phong Nha grotto system is about 80km long in total, rising from south of Ke Bang Limestone Mountain. The main entrances are Khe Ry and En Grottoes situated at a height of 300m above sea level. The grottoes of this tree-branch system run in the direction of northeast-southwest.

The system of Vom caves is over 35km long, rising from Ruc Ca Roong Cave located at a height of 360m above sea level and ending with Vom Cave. The system runs south and north. Ruc Ca Roong River sometimes hides in mountains, sometimes appears in narrow and deep valleys, and flows into the Chay River at the entrance of Vom Cave.

The system of Ruc Mon caves that lies in the district of Minh Hoa is also a large cave. However, the information about this system is not abundant because few surveys have been conducted in this area so far.

Some typical caves and grottoes in Phong Nha - Ke Bang are Phong Nha, Tien Son and Thien Duong grottoes, Toi, En and Khe Ry caves. Especially, Son Doong Cave is considered as the largest cave in the world with 200m in height, 200m in width, at least 8.5km in length.

With its characteristics of topography, climate, soil and hydrography, Phong Nha - Ke Bang boasts a rich, diversified and unique flora. Investigations show that Phong Nha - Ke Bang has a large tropical forest floor. It covers 93.57 percent of the natural area, of which nearly 83.74 percent is covered by primeval forests. The diversity of rare and precious species of animals and plants in Phong Nha - Ke Bang is corollary of its natural conditions, and is a feature of the forest ecosystem.

Statistics show that the flora of Phong Nha - Ke Bang belongs to 2,400 species of higher plants with 208 orchid species, of which many rare and precious species are listed in Viet Nam’s Red Book and IUCN’s Red Book (International Union for Conservation of Nature and Natural Resources). Besides, there are 140 animal species, 356 bird species, 97  reptile species, 47 amphibian species, 162 fish species, 369 insect species, many of which  are listed in Red Book of Viet Nam and IUCN such as Sao la, Mang lon, Mang Truong Son, Ha Tinh langur… Phong Nha - Ke Bang is considered a huge biological museum in Viet Nam.