The native of Bien Hoa Town of the southern Dong Nai Province got into the sport in 2017 though hardly thinking one day she will be participating in professional events.

Weak and sickly when young, in the beginning she only went to the gym to improve her health.She once watched a bodybuilding competition live and was fascinated by the athletes on the stage, and fell in love with it.After graduating from high school, she did not take the university entrance exam, but opted to become a bodybuilder instead.Straightaway she began intensive workouts combined with a strict diet regime.

Every day she spends four to six hours working out.She says: "Sometimes I train so much that I feel sore throughout. Fortunately there have been no serious injuries."She has cut down on carbohydrates, sugar and salt, eating only chicken breast, pan-fried fish, boiled eggs, vegetables, and fruits and consuming protein powders to boost muscle growth.But she faced a lot of discouragement from relatives and friends. Her parents objected strongly fearing their daughter would not be able to get married.But nothing swayed her.

In 2018 Chinese online publication Sina wrote a story about Ny, praising her bodybuilding journey, and it was widely shared on social media Weibo and several other networks in China.But there were also snide remarks about her appearance: "She looks so scary," "She is more muscular than most men," "Who would dare marry a girl so big?"

But she laughs it all off. 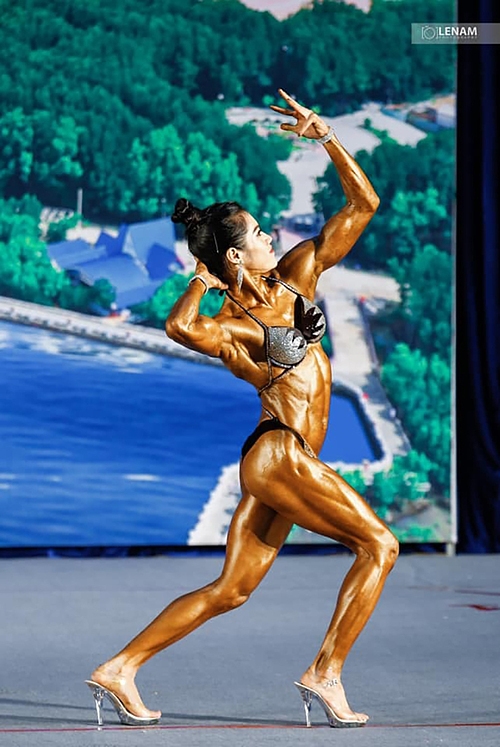 "It turns out that what makes people scared about me is the thing I'm most proud of. I don't care about what people say. What I care about is the effort I put in to improve myself."For many athletes, pursuing a career in sport is never easy, and they are often under financial pressure. Ny once thought that she would take a break to earn some money and then return to the sport, but then decided to work part-time so that she could keep training.

In the three years she has been a bodybuilder she won gold in the 2018 Dong Nai Province Gymnastics and Sports Festival, and a silver and a bronze in the 2018 National Fitness Club Championship. She also competed in a tournament in Thailand and finished fourth.

The 21-year-old is hoping to make it into the national team soon."I have achieved success thanks to my mentor, Tran Van Tam."Ignoring the curious eyes and negative comments, Ny is unafraid to show off her muscles in public. Instead of loose T-shirts and skirts, she is confident enough to wear close-fitting dresses.Ny likes shopping and make-up and is described by her friends as girly. 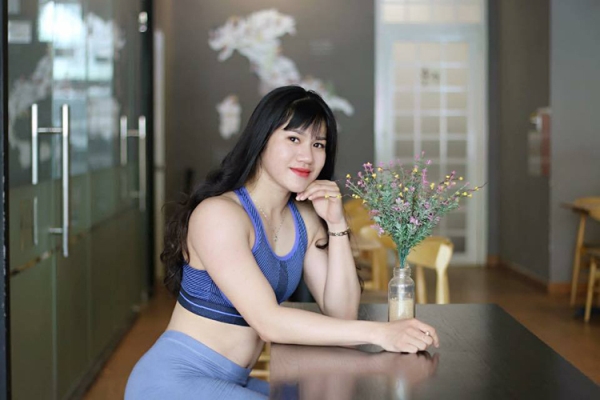 "People often think that girls pursuing this discipline will become tough. But femininity is determined not by the body but by one's thinking and personality. The medals I achieved help me overcome people's negative thoughts and stereotypes."

She says her looks have no bearing on her relationships. To her, appearance does not decide if one person loves another. But she believes that when someone likes her, they would like her appearance too."Be yourself, the right person will surely come," she said.She wants to focus on coaching to help fitness lovers reach their full potential.On social media, where she has over 15,000 followers, she often talks about what she eats in a day and exercising tips to stay in shape and healthy.