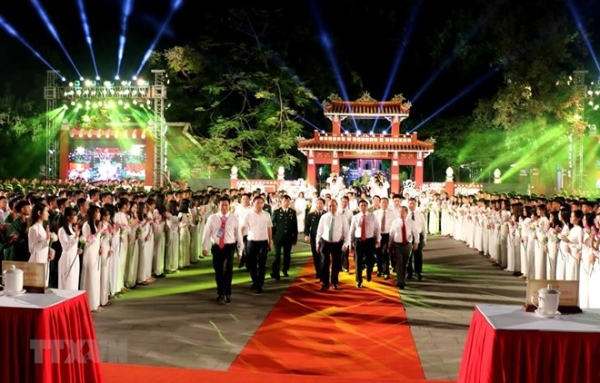 The programme took place coincidently at the Hanoi-based President Ho Chi Minh Mausoleum, the Nha Rong Wharf in Ho Chi Minh City, the Quoc Hoc-Hue High School for Gifted Students in the central province of Thua Thien-Hue and the Kim Lien relic site in the central province of Nghe An, which are associated with the life and career of the late President.

At the Quoc Hoc-Hue High School for Gifted Students where Nguyen Tat Thanh (later President Ho Chi Minh) studied from 1907 to 1908, the programme started with a flower offering ceremony at the Nguyen Tat Thanh Monument, with the participation of Party leaders, and the school’s teachers and students.

Through the programme, the participants looked back on the path full of hardships and pride to materialise President Ho Chi Minh’s Testament over the past half century.